Apple released The Movie "The Developer Migration", which explained the ecology of developers naturally in documentary style 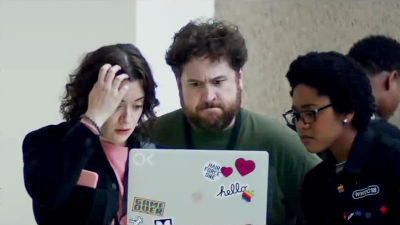 It will become the latest OS for iPhone / iPad "iOS 12We announced "Conference for developers"WWDC 2018"Apple has finished 2 movies that explained" What kind of creature is the developer? " The first one is closer to the ecology of developers like a nature documentary, and the other interviewed the family members of the developers, so that you can understand the living things as developers from different aspects.


The Northern California Bay Area is a place where a tremendous "cataclysmic difference" occurs.

It is wonderful by the world's most mysterious creaturesmigration(Migration) is held every year.

At this time of the year, unique mammals instinctively gather from all over the world, towards destinations like "utopia".

It attacks the developers who hibernated in the cavern for 11 and a half months.

For many developers this migration is the first experience, but some individuals are coming as an annual event.

The origin of migration goes back to the garage of Silicon Valley. In the garage developers evolved at astonishing speed.

It is possible to observe how they evolved in this place, which is considered a "sacred temple."

The activities of developers began.

It is said that it is very difficult to approach a group of developers. Men who wore a suit from the left and right side of the screen approached the flock ... ...

I want a handshake, but nobody will try to grab hands.

Men change hands without hands to a form of thumb up.

And it went away. During this time, the flocks hardly moved, they did not talk, they seemed to see the behavior of men.

Developers can distinguish their friends with tribal symbols. Body and ... ...

With the symbol attached to the package, we decide whether or not the other party is a friend.

This "feather" attracts the opponent and tempts.

It started all at once.

I will put it in the picture without touching.

Developers gather at once around them.

It is like mind like a piranha who was hungry. This saving economist does not waste a single piece of food. It is only some species that are in the top that can do it.

Event will culminate at the moment called "keynote". At this moment, only at the moment the door opens, developers take actions they can not usually see.

They "run" at full speed.

Developers will take this action to take a good seat at the hall.

The ceremony is over and the beta version of the software is released. According to the law of nature, the software is the best, only strong applications survive, so the herd gathers again and talks.

Many of the languages ​​that developers use are mysteries for modern science. Their languages ​​include vocabulary technical terms such as letters, symbols, formulas, and so on.

During migration, creative connections are also made.

This connection makes the geniuses unleash the possibilities of the future.

Sometimes connection is too strong ....

It seems that developers are certainly worthy of research by scientists.


"I do not understand the application at all, so please make another question," a woman.

This woman says, "My son is a developerRobin HoodWhat is it?

"My brother Derek is making an app for immigrants and refugees and it's quite creative."

"As a gift for Christmas, many children want skiing or such, but he wanted a notebook PC, he made games all the time in the bedroom while other children were playing outside It was. "

"She is crazy about coding and we have been saying to her that she has always stopped" each time she said "I want to solve this problem first" by "10 more minutes." "The man who tells it is the father's father's father.

A figure of that developer when he was a child.

"When I look at the code, his eyes move with a strange feel, and then concentrate quite a lot."

"When Jeremy made the first version of Yelp, everything was a failure, that was the least experience for him, then we tried it over again." "And finished it is the legendary second version of Yelp "Mr. Michael says that Yelp's CEO Jeremy Stopperman's brother.

"I learned from Jeremy everyday" to decide "," to be tenacious "" to concentrate "" He was foreseeing the iPhone's appearance and that's why he was going to develop applications, "Michael says It was.