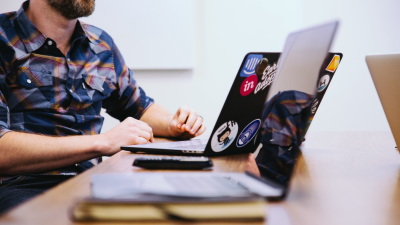 Bloomberg reports that IT giant Microsoft acquired "GitHub" which is a highly popular platform for sharing software development projects.

Microsoft Is Said to Have Agreed to Acquire Coding Site GitHub - Bloomberg
https://www.bloomberg.com/news/articles/2018-06-03/microsoft-is-said-to-have-agreed-to-acquire-coding-site-github

On June 1, 2018, Business Insider says that Microsoft is about to acquire GitHubFirst coverageBloomberg, who confirmed the fact that this move is a fact, reports that "acquisition will be announced on 4th local time."

GitHub is a popular code repository for developers and companies involved in open source projects and is a service used by many IT companies such as Apple, Amazon and Google. Microsoft on this GitHubCompanies with many repositoriesIt is known to be. There are over 80 million repositories on GitHub and 27 million software developers working there, and in 2015 we received an evaluation of corporate value of 2 billion dollars (220 billion yen). It is unclear how much Microsoft ultimately got to buy GitHub. 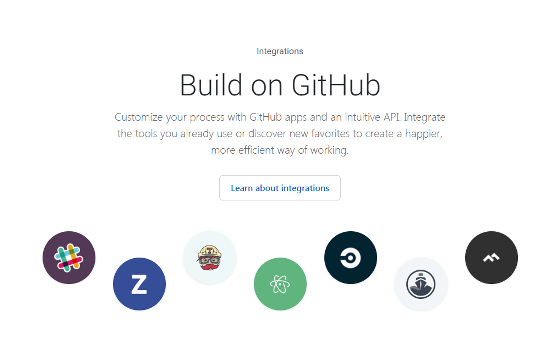 Satya Nadera CEO has accelerated investment in open source technology at Microsoft since taking office,PowerShellYaVisual Studio Code,Microsoft EdgeOpen source has been adopted. In addition, Microsoft partnered with Canonical which supports development of UbuntuAdd Linux command line to Windows 10, We are focusing on creating development support tools by acquiring Xamarin and providing tools to accelerate application development for cross platform. 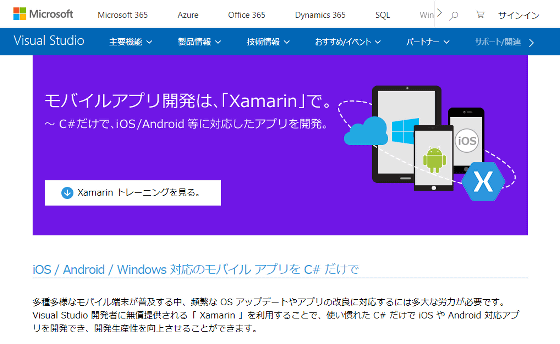 The result is a growing popularity among developers of Visual Studio Code, which enables developers to build and debug web applications and cloud applications. It is obvious that integration with Microsoft's development tools and services will proceed further if Microsoft's acquisition of GitHub is concluded and this is obviously Microsoft's aim.

The verge of overseas media wrote that "It will not take a long time to announce the future plans on GitHub after Microsoft formally announced the acquisition of GitHub."

In addition, GitLab, a competitive service of GitHub, has blessed as soon as releasing "Congratulations GitHub".

Congratulations GitHub on the acquisition by Microsoft | GitLab 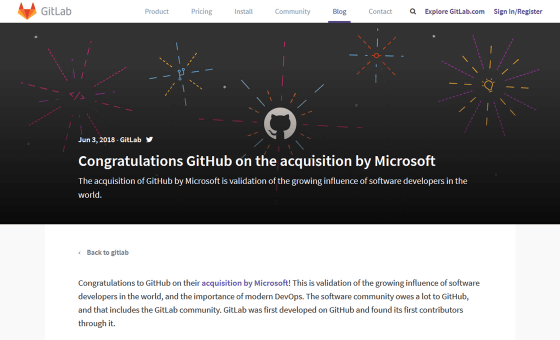