Facebook user's personal information leaked illegallyScandal of Cambridge · AnalytikaSince I've been one of the subjects, much attention has been given to the handling of personal data in SNS. In the meantime, from an internal confidential document that it leaked from Facebook, how did Facebook track the user and predicted future actions using artificial intelligence (AI) to provide information to advertisers Has been revealed.

In many Internet advertisements, it is usual to classify and target audiences by demographics and individual preference information, but Facebook does not allow users to "see how they act", "what to buy" "We were constructing a mechanism to provide advertisements based on speculation that" how to think ". And this is a prediction engine by AI that Facebook announced in 2016 "FBLearner Flow"It is said that it was realized by realization.

Facebook is the world's largest SNS with 2 billion users and it is also the only one that can access all user data. Extract users' behavior patterns by analyzing a huge amount of user data and extract clusters such as "users who are likely to transfer from one brand to another brand". And it has been revealed that he was taking a strategy of encouraging the user's psychology more efficiently than usual by hitting the user with a bang bang advertisement of likely prospects.

At this time, all the data on each user is aggregated (aggregated) and in an anonymized state, so it is said that personal privacy at the individual level is being protected. In other words, Facebook is not selling the list of targeted users to the advertiser, but it is thought that we provided targeted inventory.

The concept of FBLearner Flow created by The Intercept is as follows. Next, (2) pour the data into FBLearner Flow, predict the action that the user will take in the future using "decision tree", (3) make predictions such as "product purchasing activity". Summarize the action predictions thus obtained, (4) group users who will take actions of the same lineage, (5) place advertisements targeting those groups to companies that become advertisers It is a mechanism to sell it. Some experts asked for advice from The Intercept pointed out that there are ethical issues in the written system. Timothy Fan, director at Harvard-MIT Ethics and Governance of AI Initiative, said that even if there was a motive that the technology should not be leaked to the outside, AI could use the user's data in some form for monetization It states that there is an "ethical obligation" to disclose that there is.

Moreover, it is possible to use this mechanism not only for the purchase behavior of the user but also to predict who will vote in the election. It is already well known that President Cardinal's camp was developing a strategy that used Facebook, in the US presidential election in 2016, and Cambridge Analytica was the one that supported the online campaign. He also served as the "Presidential Senior Advisor" at the Trump AdministrationStephen BannonIt is also known that Mr. was also an executive officer of Cambridge Analytika.

What is the data revolution that leveraged the big data that led the president to victory in the presidential election? - GIGAZINE 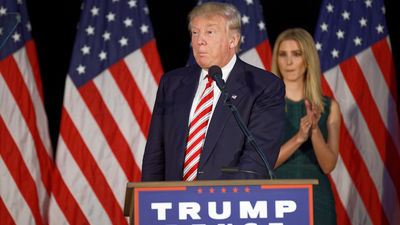 Although Facebook has not responded to several requests for comment from The Intercept, the company's public relations team is used for "FBLearner Flow is to manage different workflows" and "machine learning is a workflow It is said that it is "one of" that it is denying that it is using it as a marketing tool as announced this time.