A new law which imposes fines of up to 6 years and a fine of 13 million yen to fake news was established in Malaysia, it also applies to foreign crimes Although the problem of "fake news" that flows information is largely taken up worldwide, the world's first law to finally convict the creation and disclosure of fake news was established in Malaysia. In addition, as long as it is a fake news about Malaysia, the creator of foreign fighters will be subject to punishment.

The "bill to punish the creation of fake news" that was being considered in Malaysia was established on 2 April 2018 with the majority of the ruling party's favor.

The fake news penalty bill was submitted by the Najib and Lazzak regime, and initially the maximum sentence was declared as 10 years imprisonment. Ultimately, the maximum sentence was changed to contents of Junior College of not more than 6 years imprisonment and a fine of 500,000 ringgit (about 13.7 million yen), but the amendment bill was passed by Congress and passed as legislation. This fake new law defines fake news as "whole or partly wrong news, information, data, coverage", objective fact that "wrong" is questioned, subjective information of the information sender And elements such as rationality of judgment are not taken into consideration, it can also be read. In addition, the medium includes video and recorded sound.

In addition, the new law of fake news is subject to punishment for social media such as SNS, and if it is affected in Malaysia and Malaysia citizens, it applies to residents living outside of Malaysia including foreigners. Therefore, those who spread fake news maliciously even from outside Malaysia are at risk of criminal prosecution from the Malaysian administration.

In Malaysia by Prime Minister NajibSuspicion of huge corruptionBecause of the cause, the ruling party of the ruling party is expected to face a difficult struggle in the next general election. Meanwhile, about the birth of the Fake News new law which regulates fake news as a felony, criticism such as "There is an intention to contain criticism of the administration?" "It functions as substantive censorship" It is going up. 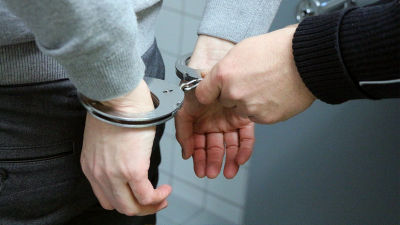