A game of impressive way of playing game and game software In addition to vibrating the vibration function built-in controller "DUALSHOCK" with speech power, reading other save data in the memory card and hitting the player's favorite game, the trouble is that this attack is Avoid it. At first, it is possible to defeat the gap, but the countermeasure that can be taken as a hint during the game was a meta technique "I will not be able to read my mind by replacing the controller with port 2". RPG for Game Boy Advance, who calls for "Solar Action RPG". In the story of exterminating immortal enemies, the cartridge is equipped with a "sun sensor" that detects sunlight, and the hero was able to demonstrate maximum power under sunlight. Although it can be said to be a unique mechanism of a mobile game machine, people who can not play during the day, such as working people, have been tormented by this mechanism. In addition, as a sequel, two works "Continuous - Boku no Sunshin Shonen Jango" "New and our sunny counterattacks Sabata" are for Game Boy Advance, "Bokura no Sun Django & Sabata" was released for Nintendo DS However, in the "continuation" and "new" the tie for sunlight became loose, and in the DS version the sun sensor itself was not installed. Sega's "Activator" is a motion capture device released for MegaDrive overseas version Genesis. Sensors were built in the octagonal device, it was an ambitious product to read the movement of the player moving in the inside and to play fighting games and other things by moving the body instead of the controller, but actually punches and kicks It seems that I could not put out as I thought.

in JapanService began on July 22, 2016"Pokemon GO" has become a world big hit game receiving the concept that you can catch Pokemon in the real world. Players around the world walked around walking for Pokemon, hunting for eggs to hatch, and in less than a year the total walking distance reached 200,000 laps of the earth.

The player of Pokemon GO gets a total walking distance of 8.7 billion km, and walks over 200,000 laps of the earth and gets 88 billion Pokemon - GIGAZINE 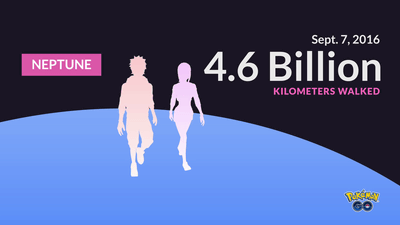 When AR function is turned on, it seems that Pokemon actually exists in front of you. However, in fact, if you turn on the AR function, Pokemon may appear behind the scenes, but as you turn it off it always appears in the game screen, so there are many people turning off when you get used to it.

◆Let's tap
"Let's Tap" is a "tap action" game for Wii released on December 18, 2008. Speaking of Wii, apart from conventional controllers, you can operate intuitively with motionWii remote controlAlthough it is a game machine that adopted, Let 's Tap does not hold the Wii Remote in hand, put it on a box etc, and operate with strength and spacing to hit that box.

In the following play movie, you can see how you tap at the hand at the same time as the game screen.


Mr. Luke Anderson who was in charge of review with Gamespot commented that "the operation did not mesh with other than" rhythm tap "and played normally without tapping," and the innovative attempt seems not to be very successful . Character of Warner Bros. "Rooney Tunes"In the game where player and Duffy · Duck compete, I made use of the touch screen function of Nintendo DS and could also push Duffy · Duck with the stylus. In addition, even in sleep mode, more than 50 kinds of mini games that can be played using the ZL button / ZR button were installed. If you try to play a racing game with an ordinary game controller, you will operate the steering wheel with the four - way key, but fine tuning was quite difficult. In addition, it was necessary to accustom the body to the game considerably by the accelerator operation "to push the accelerator pushing the button" alone, in order to run a difficult course high, it is necessary to accustom the body considerably to the game. NAMCO's "screw controller" aimed to eliminate this difficulty by replacing the "twisting" control of the controller and the stroke of the pusher.

Today, analog sticks are equipped as standard equipment in game machines, but there are no analog sticks in the controller of the first PlayStation that Namco's "Ridge Racer" was released, and for those who are particular about racing games, I was loved.

After that, in PlayStation, controllers equipped with vibration function and analog stick appeared in 1997 which passed three years after release. For PlayStation 2 and later, the analog stick became standard equipment, and the screw console became dismissed. In December 1998, Jogcon appeared with "Ridge Racer 4". "Repulsive power" is transmitted to the jog dial arranged at the position where both thumbs are placed in the center part of the controller, "A feeling like a kickback feeling like driving a real racing car"It was supposed to be able to do. In the game distribution platform "Twitch", an attempt was made to play "Pocket Monsters" together with thousands of people.

As a mechanism, the key that I want to enter next in the chat room is to speak without permission as desired, and the behavior is quite incoherent, such as trying to use items that can not be used during battle. Because there are so many meaningless command inputs, a method of advancing while switching between "Anarchy" to reflect all commands and "Democracy" to execute the most number of commands entered in 30 seconds Became the game on 16th, 9 hours 55 minutes 4 seconds.

Pokemon which thousands of people played at the same time finally finished all the creatures, last battle of the masterpiece - GIGAZINE When you say rhythm game using guitar, Konami's "BEMANI" series "GUITARFREAKS" and its successor "GuitarFreaksXG" are known. Inspired by this "GUITARFREAKS in North America version" was created as "Guitar Hero."

The guitar type controller is slightly smaller than the real thing, with five buttons on the neck, this corresponds to the five lanes in which the note falls in the game. In 2007, "Rock Band" with guitar, drum and keyboard set also appeared and it gained great popularity, but the large instrument group as a game controller becomes a burden for both players and retailers It seems it was something.