The naked mole rat hardly ages and the mortality rate does not increase even as it gets older. 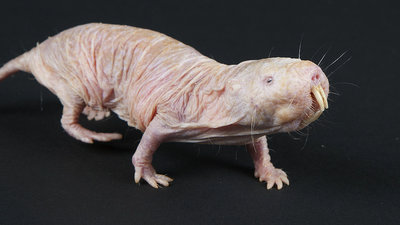 Scientists at Calico, a science venture created by Google's parent company Alphabet, have published a paper that says, 'The naked mole rat is age-independent of mortality.' This means that the rules common to most creatures do not apply to the naked mole rat. 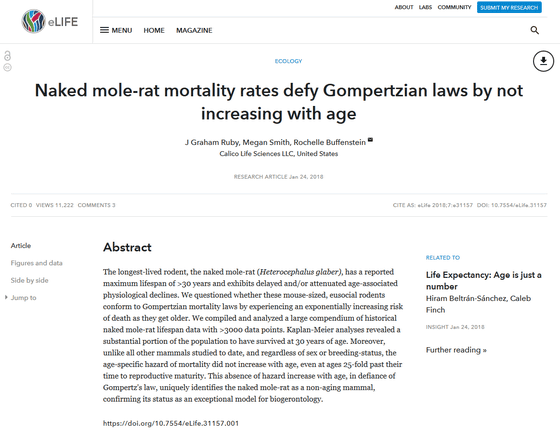 Calico --Calico Scientists Publish Paper in eLife Demonstrating that the Naked Mole Rat's Risk of Death Does Not Increase With Age
https://www.calicolabs.com/press/calico-scientists-publish-paper-in-elife-demonstrating-that-the-naked-mole-rats-risk-of-death-does-not-increase-with- age

The naked mole rat, which lives in the desert of the Middle East, has characteristics such as 'almost no cancer', 'longevity among rodents', 'no pain from heat ', and 'holding breath for 18 minutes'. It is targeted.

Originally, the naked mole rat has a particularly long life as a rodent , and it has been known that some individuals live for about 30 years, but Calico's research revealed that the cause is 'not aging'. ..