People can work healthily up to 39 hours a week Through research at the Australian National University, people can work healthily39 hours a week is the limitIt is indicated. Overwork is becoming a problem not only in Japan but globally, and the scientific research in recent years shows evidence that it is important to reduce working hours.

Do you work more than 39 hours a week? Your job could be killing you | Life and style | The Guardian
https://www.theguardian.com/lifeandstyle/2018/jan/15/is-28-hours-ideal-working-week-for-healthy-life In 2002 it was less than 10% of the total who checked the e-mail of work outside of working hours, but there are also smart phones and tablets today, 50% of people check their email for work before going to bedIt is said.

As a research on human activity status and health, Colombian University reports the activity status of more than 8000 subjects over 45 years oldIn pursuit, People's average inactivity time on weekdays was 12.3 hours on average. And at this time, employees sitting 13 hours a day or more says that the rate of inactivity is about twice as fast as the person with 11.5 hours a day, the faster the death rate. From multiple studies,Sitting for a long time reduces people's life as much as smokingSome researchers conclude that.

Researchers from University College London investigated 85,000 workers, mainly male and female middle-aged, and as a result, they found that overwork and cardiovascular diseaseI'm finding relevance. It is said that overwork increases the risk of arrhythmia, especially atrial fibrillation. In this study, "Working too hard" is a person working more than 55 hours a week, and these people have a risk of atrial fibrillation of 10 years thereafter compared with those who work 35 to 40 hours a week It is said that it increased by 40%. The tendency of "overworking" is occurring in many countries around the world, and IG Metall, a German metalworking labor union, has 15,000 workersWork · life balanceFor 28 hours a week to improve laborI did a strike. In February 2017 the research team at the Australian National University said "The limit to work healthily is 39 hours a week."The workers striking in Germany also explained that their demands are" self-defense rather than laziness ", although the results of the research are released. He is also a consultant of Silicon Valley and an entrepreneur and a visiting researcher at Stanford UniversityAlex Soojung-Kim PangMr. claims that contemporary workers can be creative with up to 4 hours a day.

In addition, as a result of two years of 6 hours of labor in Sweden, workers reported that they became more healthy and work productivity increased by 85% across the organization.

As a result of changing from '8 hour work' to '6 hours work', can people really become happy? - GIGAZINE 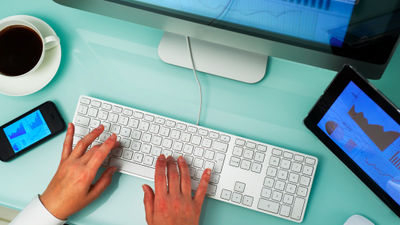 However, most of these studies focus on the numerical aspect of "working hours" and do not talk about employment conditions. Even if it is several hours a day in a stressful working environment, the freedom and creativity of workers may be lost. Market research companyYouGovAccording to a survey, in the UK, one-third of all workers believe their work is pointless. If there is no improvement in work environment or employee's morale as long as working hours, the effect of working hours reduction may be reduced.