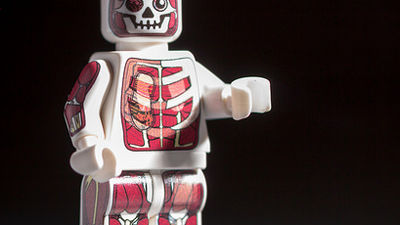 As science has made remarkable progress, there have been new 'discoveries' in the human body, which should already be well known. Research has revealed that the part that was previously thought to be a simple structure to support the intestines is the 'organ of the digestive system.' This may help elucidate the cause of abdominal illness.

98.6 F Ideal Temperature for Keeping Fungi Away and Food at Bay
https://www.newswise.com/articles/98-6-ideal-temperature-for-keeping-fungi-away-and-food-at-bay

The mesentery: structure, function, and role in disease --The Lancet Gastroenterology & Hepatology
http://www.thelancet.com/journals/langas/article/PIIS2468-1253(16)30026-7/abstract

It's official: A brand-new human organ has been classified --ScienceAlert
http://www.sciencealert.com/it-s-official-a-brand-new-human-organ-has-been-classified

What was classified as a 'new organ' this time is the ' mesentery '. The mesentery is a membrane that connects the organs that are not attached to the back wall of the abdominal cavity to the posterior abdominal wall, and is structurally a double layer. Our intestines are held in place because of the mesentery.

For hundreds of years, the mesentery has been considered a structure separate from the organs of the digestive system, and its role has been neglected.

However, a microscopic study by J Calvin Coffey and his team at Limerick University Hospital, who conducted a 2012 study, showed that the mesentery was not a 'structure separated from other organs' but a 'structure continuous with other organs.' Is discovered. After that, the team gathered evidence that the mesentery was one of the organs for four years, and this time it was published as a paper at the end of 2016. One of the most prestigious anatomy books in medicine, ' Gray's Anatomy, ' was revised in response to this discovery.

'The anatomical explanation that has been believed for over 100 years was incorrect,' said Coffey. 'This organ is a continuous structure that is neither fragmented nor complex.'