An F-16 fighter pilot faints during training, and immediately after that, a safety device is activated to avoid a crash. 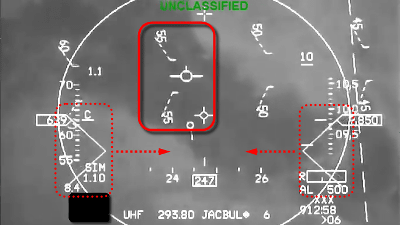 Even if the pilot of the fighter 'F-16' loses consciousness during flight in extreme conditions, the Automatic Ground Collision Avoidance System (Auto-GCAS) mounted on the aircraft will be activated. , The video that the control of the aircraft was automatically restored and the accident was avoided was released.

This video was declassified in May 2016 and contains the video projected on the aircraft's head-up display. The incident occurred in the latter half of 2014, when a new pilot who was training made a sharp turn with the afterburner activated, he could not withstand the strong G and lost consciousness. After that, the following movie shows how Auto-GCAS, which sensed the incident, took over the control of the aircraft and returned the aircraft to level flight.


On the screen, a display showing the tilt, speed, and altitude of the aircraft is displayed. The altitude at the start of the turn is displayed as 17,230 feet (about 5,250 meters) and the speed is displayed as 481 knots (about 890 km / h). 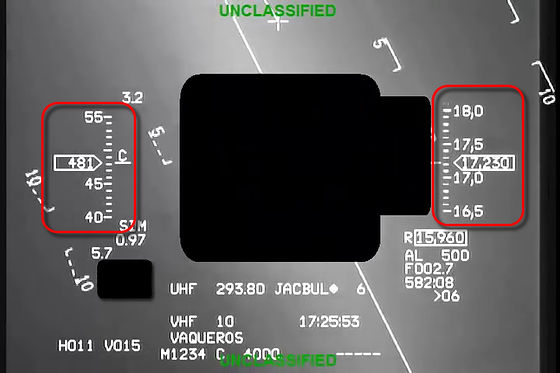 Burn the afterburner and start turning. As the white line indicating the horizontal shows, the aircraft is turning almost sideways. At this time, the pilot was subjected to a force of 8.3G, and the blood throughout the body was biased toward the feet. 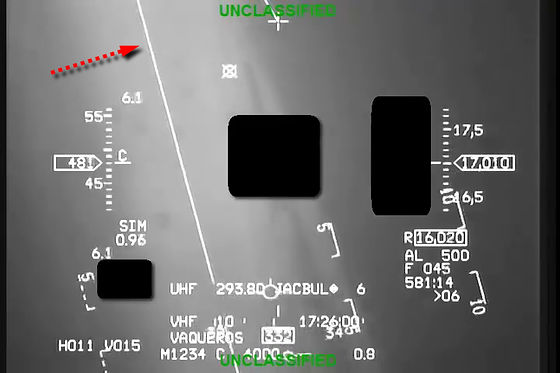 Suddenly, the aircraft moved 'Kakun' and changed to a scene that seemed to drift without power, and the pilot seemed to have fainted at this point. At this time, the direction of the aircraft was below the white horizontal line, and it was clearly in a state of heading for a crash. 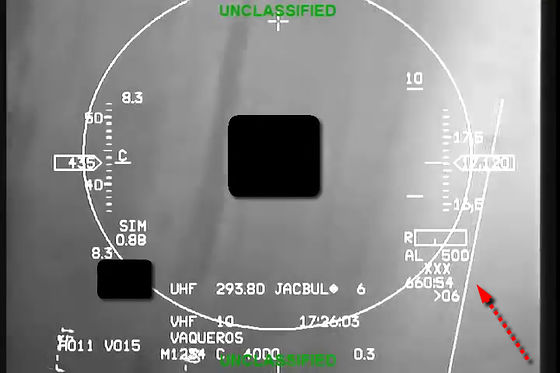 As it is, the aircraft plunges toward the ground. The screen is black and white, but the scene like the ground is full. 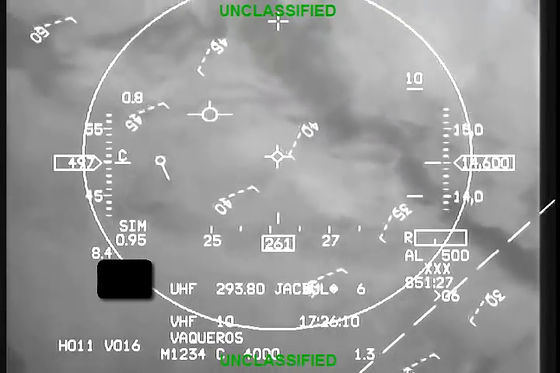 The aircraft plunges at a maximum angle of approximately 55 degrees. The radio '2 Recover! 2 Recover!' From the instructor pilot will fly. At this time, Auto-GCAS senses an abnormality, and something like an arrow starts to move toward the center from the left and right on the screen ... 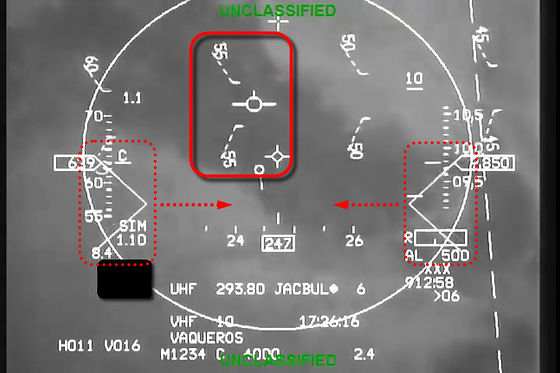 It becomes 'x ' in the center of the screen, and 'FLY UP' is displayed above it. The moment the safety system is activated. 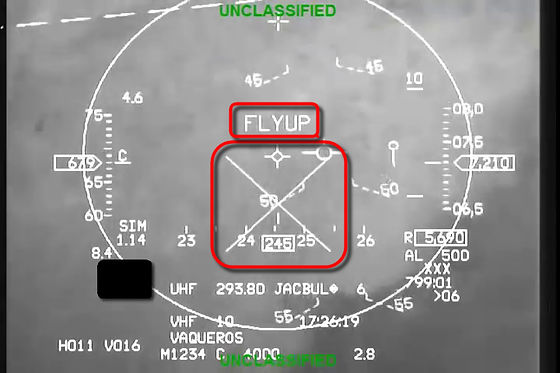 After that, the aircraft returned to level. The pilot's consciousness seems to have recovered here, and the breathing of the mask 'ha, ha' has recovered. 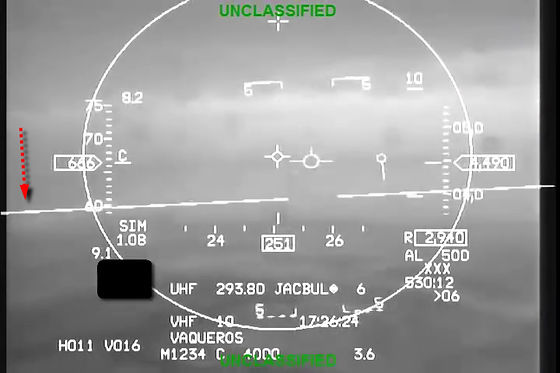 After that, the pilot piloted himself and returned to the original altitude again. 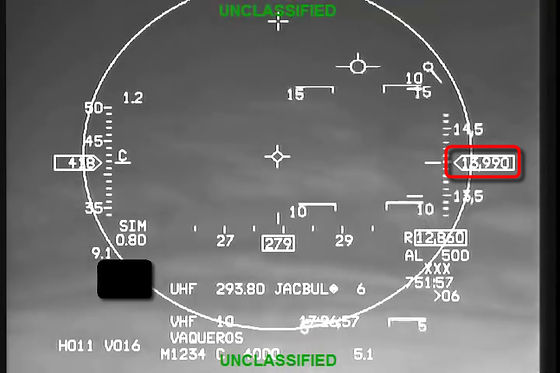 By the way, the maximum speed during the crash was 692 knots (about 1280 km / h), reaching supersonic speed. 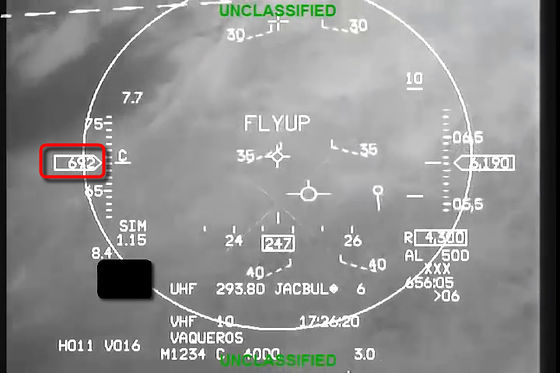 And the lowest altitude was 4360 feet (about 1330 meters). In other words, it descended 3920 meters in just 25 seconds. Without the intervention of Auto-GCAS, it was an incident that could easily be imagined as having hit the ground in a few seconds. 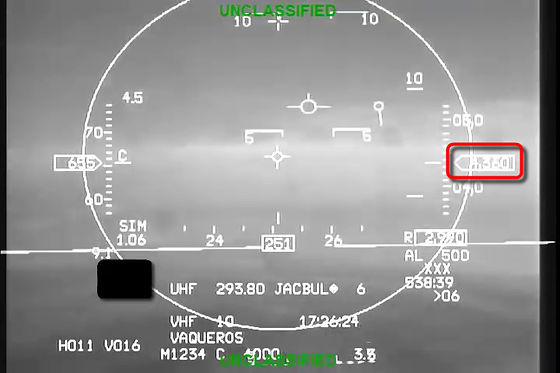 This system has been jointly developed by Lockheed Martin, NASA, and Air Force Research Laboratory for 30 years, and was added to the F-16 production blocks 40 and 50 in 2014. thing. So far, the U.S. military has lost four to five fighters a year in the ' CFIT (Controlled Flight Into Terrain)' crash caused by pilots' loss of consciousness and misunderstanding of the aircraft status, and it is installed in the F-16. Regarding Auto-GCAS, it has been reported that it has prevented the aircraft from crashing several times.

So to speak, Auto-GCAS can prevent accidents that hit the ground or mountain slopes without the pilot noticing it, but if a system similar to this is installed in a passenger aircraft, the accident of a passenger aircraft crash due to a steering error will be significantly increased. It will also be possible to reduce it, and it is expected that it will be diverted to commercial aircraft.