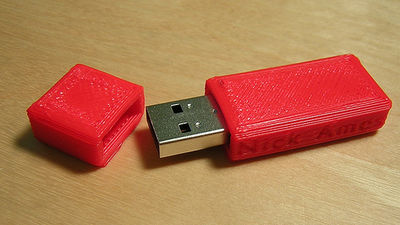 A dangerous USB memory that can be immediately infected with malware by inserting it into a PC was found in a mailbox, and police in Victoria, Australia are alerting local residents. The USB memory that was actually posted to the post has a very simple design that does not contain any of the following logos or characters. 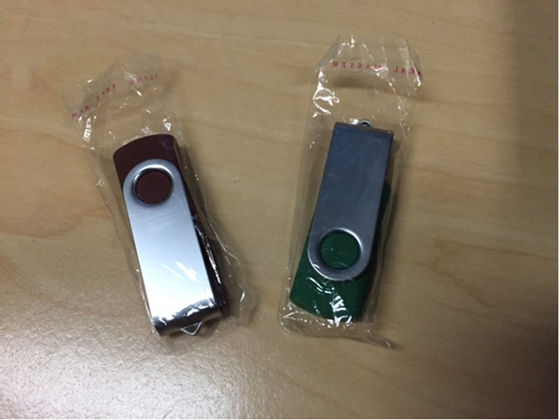 Local Victoria police have warned local residents about this USB stick as 'extremely dangerous' on its web page.

A similar incident also happened in France, according to a report by The New York Times. 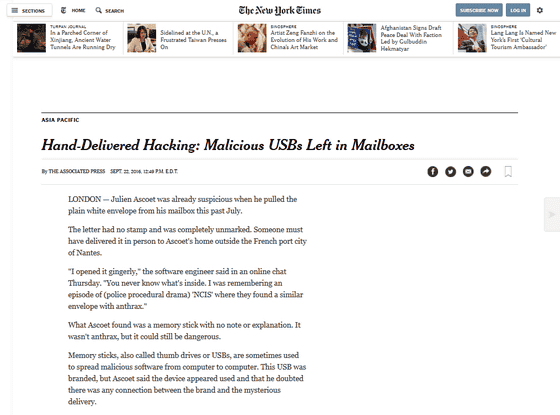 According to The New York Times, in July 2016 Julian Ascot found a plain white envelope in her mailbox. It seems that the envelope did not even have a stamp, let alone an address, so it means that someone came to post the envelope to Julian's home in Nantes, France.

It seems that what was in the envelope was a USB memory without any explanation, but Julian was a person working as a security researcher, and he said that he had doubted the contents from the time he discovered the envelope. In the end, Julian decided to throw away the USB memory as it is, and it was possible to avoid the PC being infected with malware as in the case of Pakenam, but 'to spread the malware infection from computer to computer. USB sticks may be used for the computer, 'The New York Times reports.