Why does coffee contain caffeine? 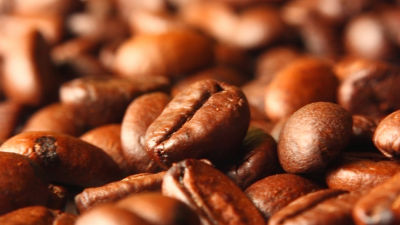 As you can see from the fact that many people drink coffee or energy drinks to replenish caffeine when they want to get drowsy or when it is important to say 'here', caffeine is constant with respect to the human mental state. It is known to have the effect of. So why coffee contains caffeine, a study by an international research team that has been analyzing the coffee genome (total genetic information) has clarified this, an interesting evolutionary process and its impact on us. Has become clear.

The coffee genome provides insight into the convergent evolution of caffeine biosynthesis
https://www.science.org/doi/abs/10.1126/science.1255274

The world consumes 26,000 cups of coffee per second, and caffeine contained in it is said to be the most ingested psychoactive substance in the world. Coffee beans, which are the source of coffee , are made from the fruits of coffee trees native to the African continent, and while the caffeine contained in the fruits has an exciting effect, it is actually physical. · Known to be addictive, causing psychological addiction.

However, although addictive, caffeine is one of the 'wisdom to live' that plants have acquired in the process of plant evolution. A report by an international research team has been published that clarified the mechanism and function by analyzing the gene of Robusta coffee tree. Caffeine is produced by the action of an enzyme contained in coffee trees, which is a group of enzymes called methyltransferases that are contained in all plants and have the function of producing many kinds of compounds. It is said that it is included in. And the substance produced by this enzyme has a variety of effects, some of which have some sort of toxicity that attacks the plant's natural enemies, and the analgesia found in willow trees. It can also be a substance like salicylic acid , which is the source of acetylsalicylic acid , a type of agent. Acetylsalicylic acid is also known as Bayer's trademark aspirin. The evolution of caffeine began with mutations in the N-methyltransferase gene that changed the function of the enzyme, and continued to evolve by repeating mutations and copying. It was known that caffeine is also produced in other plants such as tea and cacao, but detailed genome analysis revealed that the enzyme that coffee tree has has an ancestor different from that of other plants. It became clear that it was a group. This is a bird companion that has become able to fly by fusing finger bones into one and growing wings, even if it is a creature flying in the same sky, and the finger bones grow long while remaining, and in the meantime Bats , a type of mammal covered with a skin membrane, are likened to having a completely different origin.

In addition, it is thought that many of the factors that have achieved their own evolution are not only evolution due to the above-mentioned alteration, but also adaptation that has properties that are convenient for the habitat.

When the coffee tree leaves die and fall to the ground, the caffeine component contained inside them permeates the surrounding soil. Then, the dissolved caffeine component suppresses the germination of seeds dropped by other plants, and as a result, creates an environment in which plants other than coffee trees cannot live. In addition, since caffeine is toxic to small insects when ingested in large amounts, only individual insects with a taste that do not naturally eat coffee trees adapt to the environment and survive, and as a result, coffee trees also inhabit. We have succeeded in creating an environment suitable for doing so.

In this way, coffee trees have acquired defense ability by producing caffeine that is aggressive to others, but more interestingly, some plants, including coffee trees, secrete nectar. By mixing a small amount of caffeine, we have succeeded in getting more ways to live. By US Fish and Wildlife Service Southeast Region

Plants secrete nectar to attract other organisms and use it to help pollen spread, but if the nectar contains a small amount of caffeine, some insects that suck the nectar will. It is said that the brain responds to the stimulus to remember the odor of plants. Then, insects will be attracted from the next time, and it will lead to the result that it will carry pollen and help the coffee tree to expand its power.

'It's an interesting fact that one small molecule, caffeine, has both negative and positive properties,' said Dr. Julie A. Mustard of the research team. The same thing can be said for us humans, and it is interesting that caffeine is harmful to the body when ingested in large amounts, and activates the function of the brain when ingested in small amounts.

In this way, coffee trees have gained many benefits from getting caffeine, all of which Dr. Mustard says, 'We humans are manipulated by coffee trees.' It seems that it can be said that it is concentrated in. 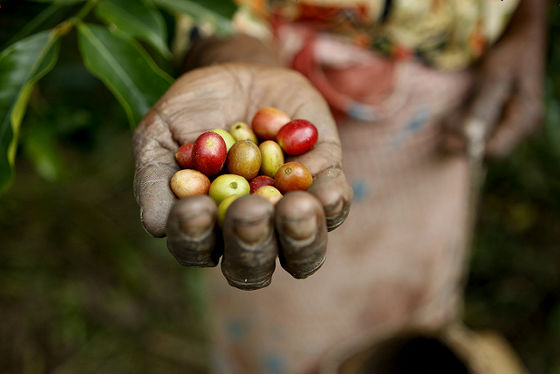