Can there be "Nintendo Amusement Park"? President Iwata mentioned at shareholder meeting 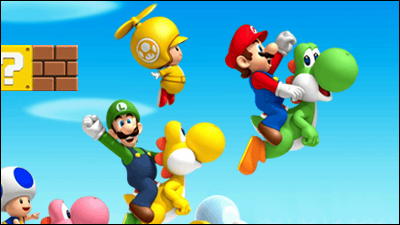 Motion controllers and 3D displays are beginning to make gaming quite interactive. Today's gaming are not only about fingers and palms but also arms, feet, and eyeballs in the future.

But if you need physical experience, amusement parks could be a better choice, giving us different enjoyment. So how about gaming + amusement park? Nintendo president Satoshi Iwata talked about his thoughts on theme parks featuring Nintendo characters.

At the regular shareholder meeting held on June 29, 2010, a shareholder asked a question; "Does Nintendo have any long-term plan to have a theme park featuring characters?"

President Iwata answered "There have been so many rumors and opinions about building a theme park, but Nintendo has no plan about is for now."

It's quite difficult to make character branding and game developing go together. Both need much resources to achieve results. Running a theme park require a great deal of money, which should be used to develop games. Iwata referred to the branding success of Pokemon and clearly acknowledged the importance of dividing developing company(Nintendo) and marketing company(Pokemon Co, Ltd) to concentrate on each job.

And also, building just an ordinary theme park means Nintendo following somebody, which industry leaders shouldn't. President Iwata said "If we can find a unique way of running theme park fully utilizing our characters, we will want to give it a go. So there may be a chance, may be not. But there's no probability of just another theme park with Nintendo characters. It won't increase the company value of Nintendo."

It's quite regretful to hear Iwata deny the possibility. In 2005 Exposition of Global Harmony in Nagoya, Nintendo had an temporary theme park "Pokemon the Park 2005" that attracted more than 4 million visitors in half a year. Success is promised, but seems not enough for Nintendo.