Fender's official "Evangelion Guitar" is now quoted over $90,000 on Auction This year Fender does seem to have strong connection with anime industries. Two hand-made electric guitar themed on this year's box-office anime "Evangelion" is now quoted over $90,000 and the bid is still rising.

There are a lot of anime-themed somethings(like Ita-Sha and Moe-goodies). But it's not the kind of these fanart. These are made by Fender's master guitar builder Yuriy Shishkov who did works for numerous artists like Page & Plant, Paul Stanley, Nuno Bettencourt and so. Supervised by Gainax, artworks are themed on mysterious Rei Ayanami and Lance of Longinus. 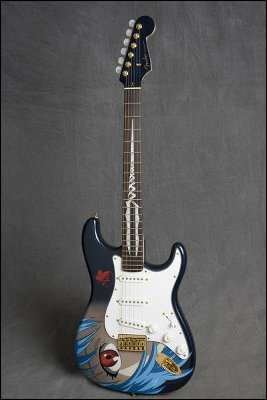 Yuriy Shishkov with the guitar. 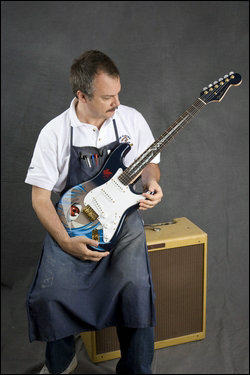 Eye of Rei and NERV logos were featured on these guitars. 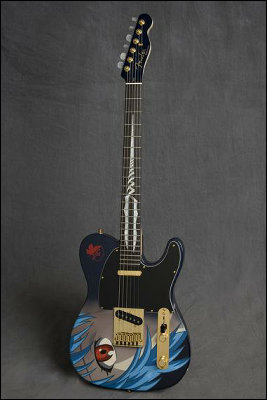 Master builder brought chic but strong artwork on the guitar. 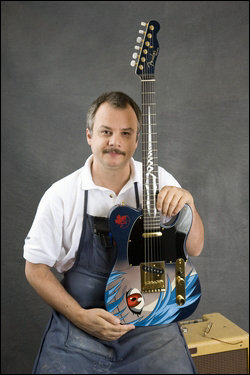 "Lance of Longinus" is drawn by pearl inlay on the guitar neck.

The link below is the official site for this project. The Rozen Maiden refrigerator with too much originality. - GIGAZINE


Genuine or Forgery? Autographed Illustration of EVANGELION up to bid - GIGAZINE