Level Five exhibited "Layton-kyo-ju to Majin no Fue" and long-awaited "Ninokuni(as known as The Another World)" whose animation is produced by famous Studio Ghibli. They prepared 250 Nintendo DS for demo play and provided smooth exhibition for those gathered to Tokyo Game Show 2009s. They provide large monitor for demo exhibition. Contents are rotated so you won't have to see the same video again and again. 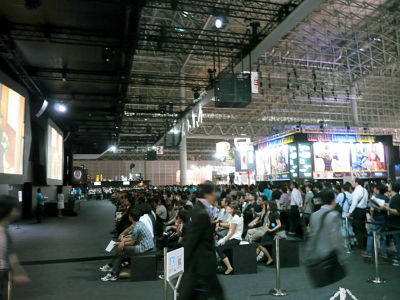 So, you will not be able to see all video at once. Actually we saw voice actors' interview of "Layton" and "Ninokuni" 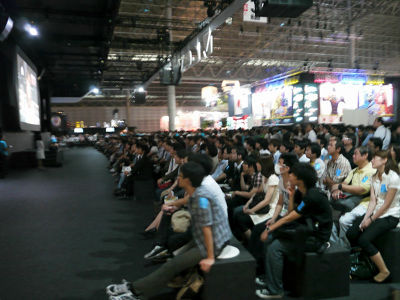 The reservation label for demo consoles. 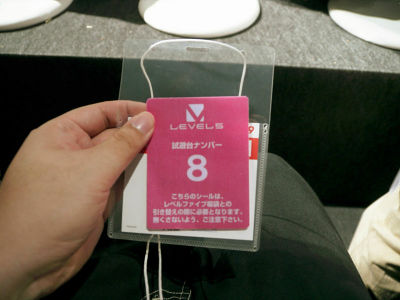 You will be led to the DS console with the number written on the reservation label. Each players are provided headphone so you can clearly hear the music in the game. 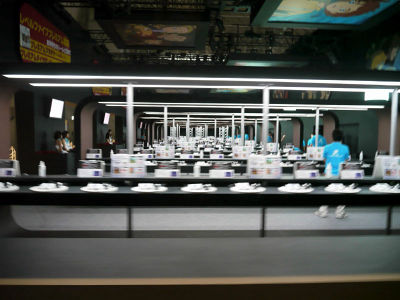 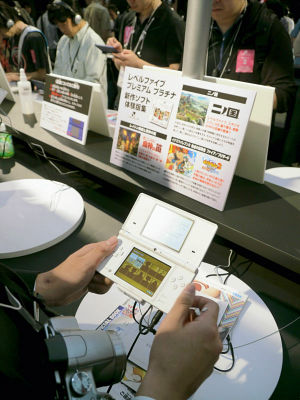 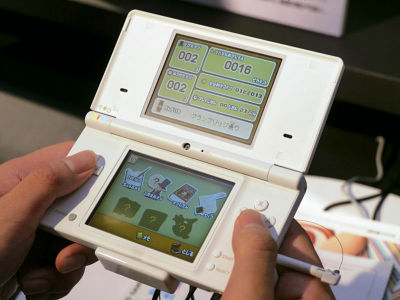 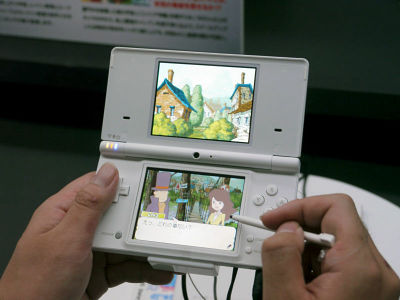 Only 10 minutes provided for demo play and you can play any of three titles within the time. Red lamp illuminates three minutes before time limit. You will get a free giveaway bag full of demo disc and prizes related to "Layton", Ninokuni" and "Inazuma Eleven2". 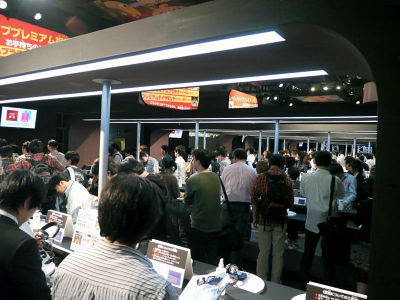