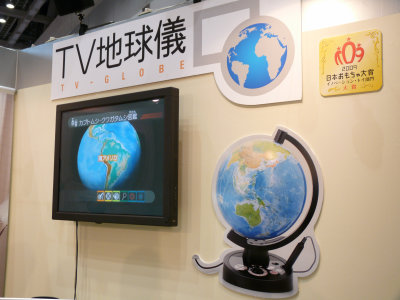 Epoch's award winning "TV Globe" is an educational toy which connects to ordinary TV display and shows the information of the place you touch with a pen device. Using your fingers and palms instead of mouse and clicking probably gives you more interactivity than Google Earth, maybe.

Read on for detail and videos!

The product won Japan Toy Award Award of 2009. So they appealed the product very much. 
The earth in the display move along when you rotate the actual globe. 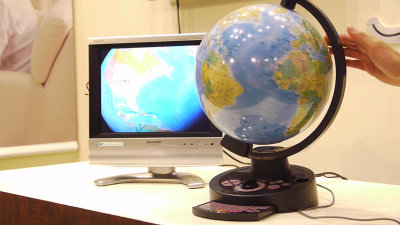 When you find something interesting, just touch it with the pen device. 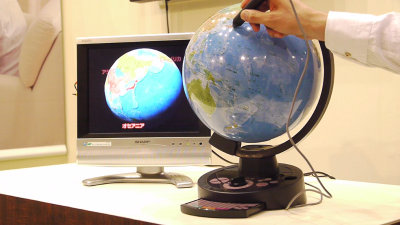 The globe will show you informations of the place you pointed. 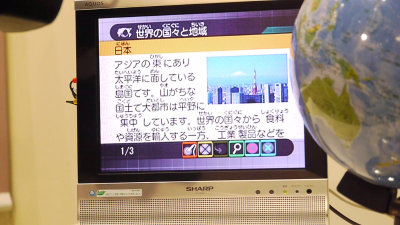 They use ordinary RCA jack so you can connect it to nearly any display. 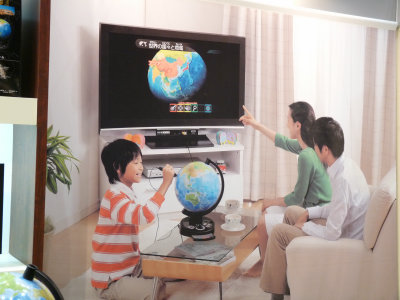 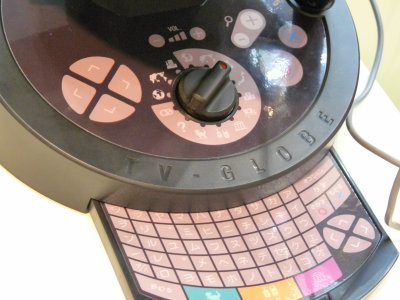 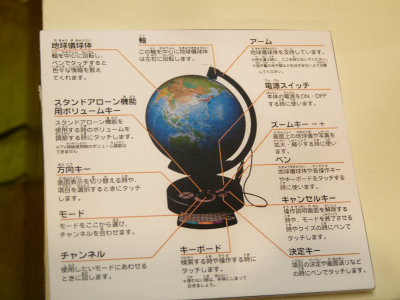 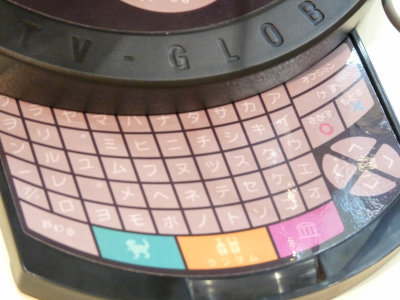 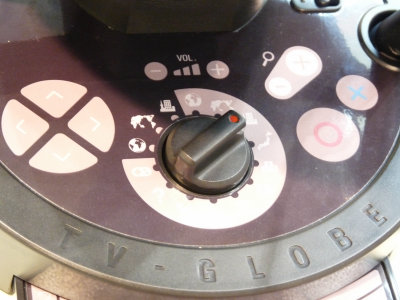 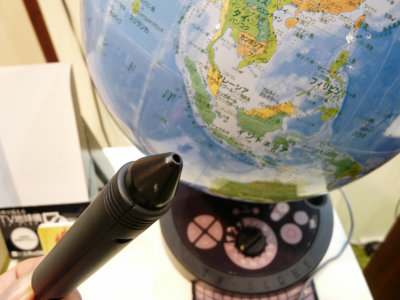 There are many modes besides the basic data mode, such as World Heritage, dinosour. They even have a quiz mode. The tactile of the touch pen is rather unique and maybe it will take a little time before you get used to it. But it's really fun seeing both real and virtual Earth turning simultaneously.