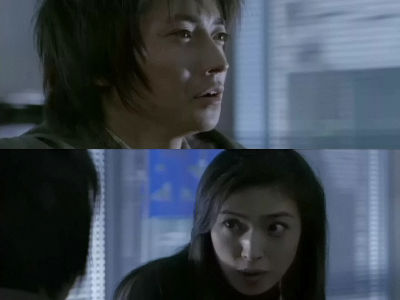 You may not heard of Kaiji before since it's never been translated to English as far as we know, but the captivating manga series by Nobuyuki Fukumoto about the art of gambling is very popular in Japan.

A live-action movie adaption starring Tatsuya Fujiwara of Battle Royale is on the way. A trailer came out, with announcement of the opening date. 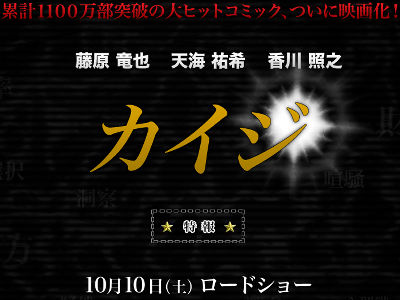 Loan shark Yuji Endo who offers Kaiji an opportunity to repay his debt in the manga is replaced by the attractive Rinko Endo (Yuki Amami) in the film.

Men with debts board the gambling ship Espoir.

How many of these will be able to win their debt?

Events on board is hosted by Yukio Tonegawa(Teruyuki Kagawa), executive of financial consulting firm "Teiai".

Is there a chance for Kaiji?

"Welcome you all underdogs." To open on October 10th.