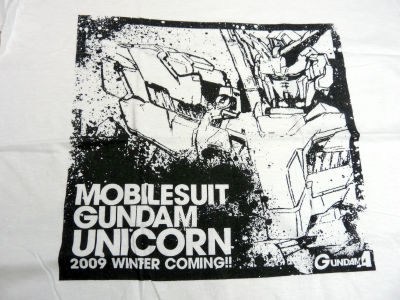 Harutoshi Fukui's Gundam Novel "Mobile Suit Gundam Unicorn" was revealed to be adapted to anime this coming winter. The official site is now making the staffs and main characters public. Also the magazine Gundam Ace, which is serializing the novel, are being sold with commemorating T-shirt attached.

Gundam Ace June issue. The art from Yoshikazu Yoshihiko's comic "Mobile Suits Gundam The Origin" is placed on the cover. 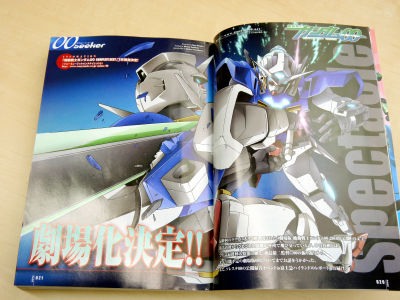 Interview on the movie's director Seiji Mizushima, which tells that something totally new happens on feature film. And here's the announcement on Gundam UC anime adaption. The image used in the article is the same as the one on the official site. Whether it is going to be a TV program or an OVA is not revealed in the news. 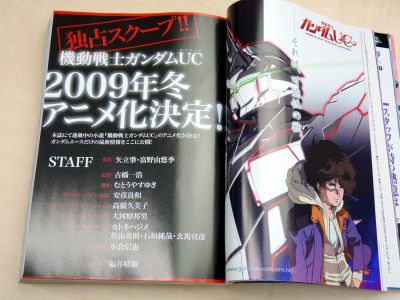 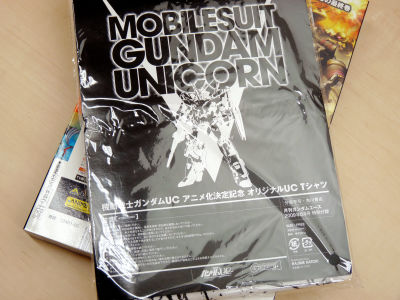 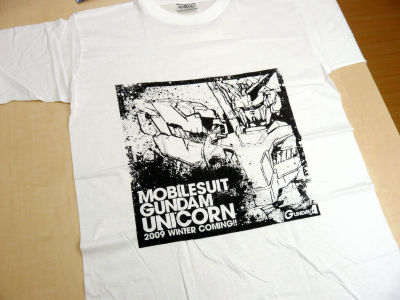 The novel's author Harutoshi Fukui is also the author of "Turn A Gundam" novel adaption known for its hard-core depiction of the war in space. His military action novel "Lorelei" was adapted into live-action movie directed by Shinji Higuchi, who is famous for his special effects in various animes and tokusatsu films including "Evangelion" series.

Demo of “Mobile Suit Gundam: Gundam vs. Gundam Next” at AOU 2009 - GIGAZINE