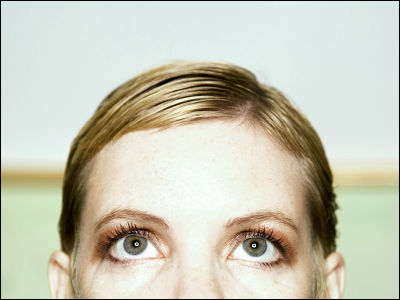 According to a research paper at the National Academy of Sciences, there was a clear difference in artistic preferences between the male and female nervous systems. Little research has been done on how much there is a gender difference in neural activity in the brain, so it seems to be a very valuable research result.

This experiment was conducted with 10 men and 10 women, and asked them to look at a picture or photograph to consider whether it was artistic and visually beautiful, and to examine the activity of the brain at that time. It seems that he recorded it. A method called 'Magnetoencephalography (abbreviated as'

MEG ')' is used to measure the weak magnetic field generated by the activity of the cranial nerves on the scalp. According to this MEG, it was found that there is a clear difference in parietal lobe activity between men and women when judging whether it is beautiful or not.

Details are as below.
Itv News | There Might be Different Processing Strategies for Beauty in Women and Men: Studies

Current research involves changes in the very short unit of millisecond to identify brain activity between male and female participants in the assessment of 'beauty' by artistic and non-artistic visual stimuli. It is possible to decompose, and it seems that a technique is used to detect changes in the magnetic field generated by the postsynaptic potential of neurons.

This time, participants are asked to state in the experiment whether the image shown is beautiful or not, in which they try to emphasize their own impressions. 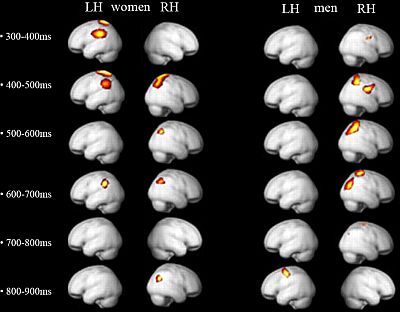 In the case of men, as you can see from this, the right brain is clearly active preferentially. 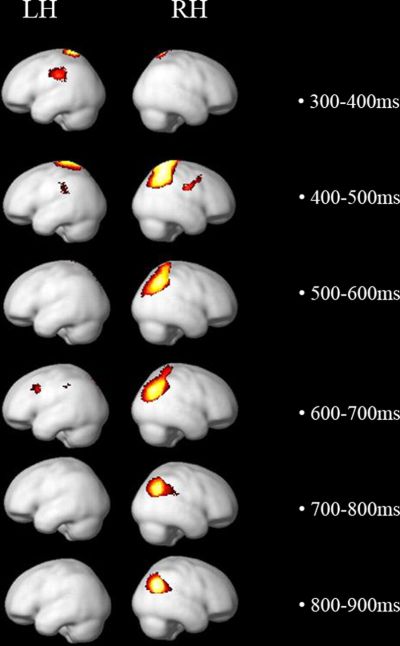 What we can see from this result is that men and women are treated differently in terms of 'beauty' in their brains. Although the cause of the detailed difference is to be confirmed, it is probably based on the categorical relationship that women express the spatial relationship of elements by classifying the space into linguistic categories such as top, bottom, left and right. It seems that it is suggested that men judge 'beauty' by the coordination relationship that expresses space in a quantitative coordinate system.

Furthermore, regarding the difference in the active part of the brain due to this gender, we will investigate whether there is a difference between genders as it evolves, or whether there was already such a difference due to gender at the stage of ancestors long ago. It is said that it will continue.