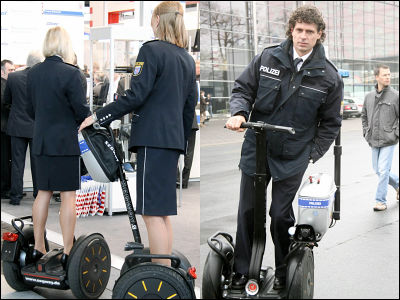 We almost never see a Segway in Japan since it's virtually impossible to lawfully use them on public roads. So we took this opportunity to take a good look at this famous vehicle.

Read on for details and pics.
German police model Segway parked next to a makeshift police box at the site. 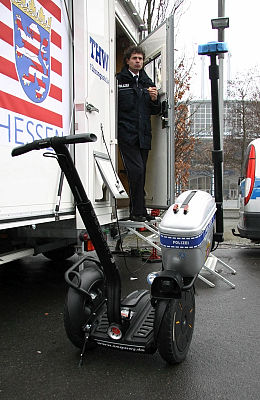 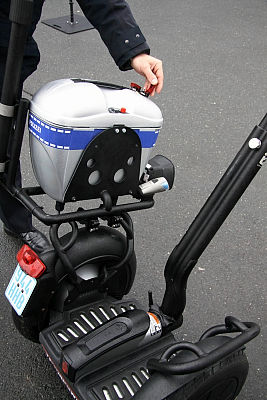 The police officer munching sandwiches at the police box came out and showed us his riding skill! 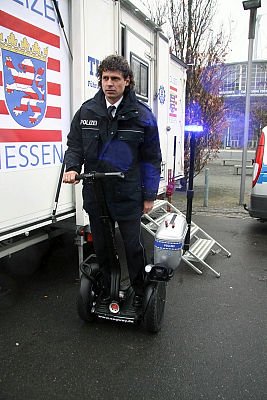 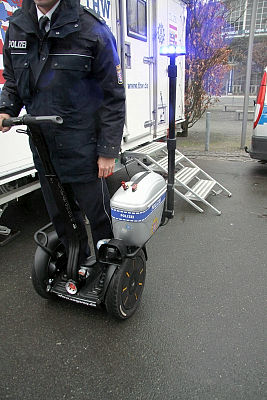 Gaining speed, the officer's back getting smaller and smaller...... 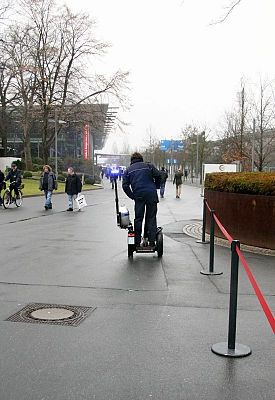 Then made an elegant turn like a figure skater. Accerelating, he came back to us. 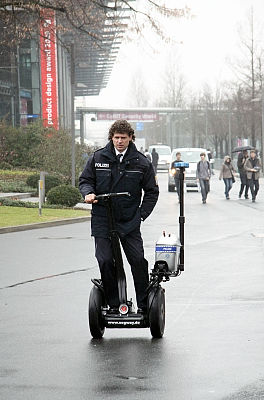 And gave our camera his sidelong glance. 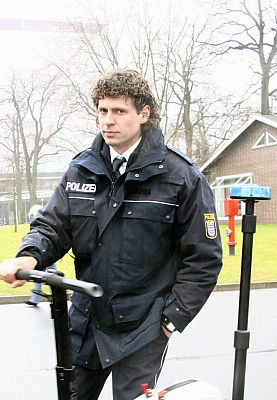 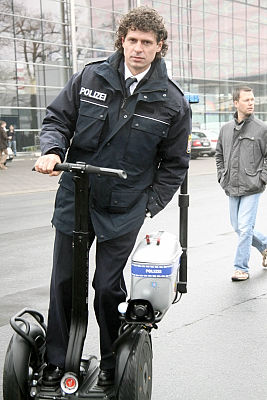 Pity we can't show this on video, but his deft handling of the vehicle and the little twisting of hips did look quite profocient. Inside the hall there were female police officers riding Segways too. Segway isn't allowed on public roads in Japan, but friendly police officers patrolling the streets on Segways might be great for publicity. 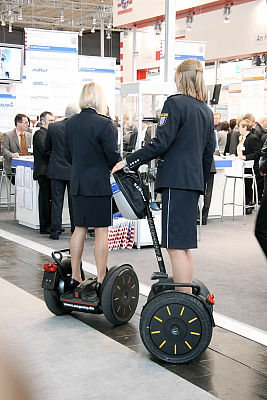