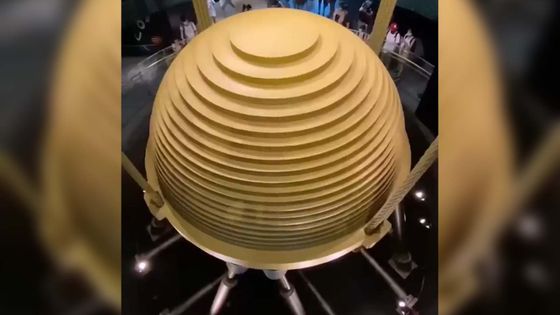 Taipei 101 ” in Taipei, Taiwan is a building designed with anti-shaking measures in mind, and the upper-level atrium space is equipped with the “ Tuned Mass Damper (TMD) ”. ) ” is installed as a huge spherical mass for vibration mitigation. A video has been released of such a TMD swaying in response to the vibrations of the magnitude 6.8 earthquake that struck Taiwan on September 18, 2022. 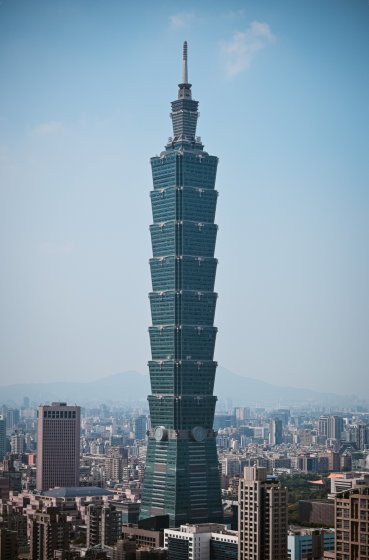 Since large typhoons hit Taiwan frequently, Taipei 101 has a spherical mass called 'TMD' suspended in the center of the upper 87th to 91st floors for the purpose of suppressing the shaking caused by the wind. The TMD is made up of 41 layers of steel plates with a maximum diameter of 5.5m and a thickness of 12.5cm to form a sphere with a diameter of 5.5m, and weighs a whopping 660 tons. A total of 16 steel cables with a length of 42m and a diameter of 9cm are bundled into 4 cables and suspended from the 92nd floor, and the effect of wind can be reduced by up to 40% by shaking according to vibrations.

The TMD suspended in the atrium space can be seen from the floor where the general public can enter. 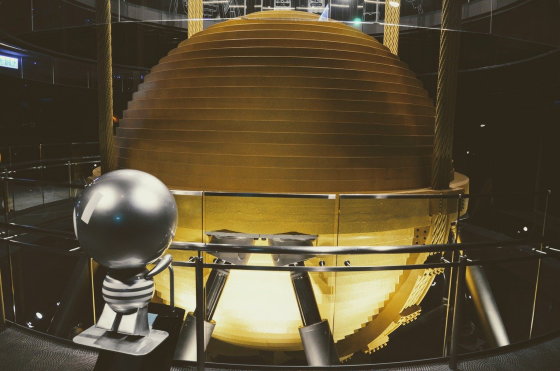 You can see how the TMD shakes when strong winds blow due to a typhoon, etc., but the TMD shake was also filmed during the earthquake that occurred on September 18, 2022. The published video was taken from the upper floor of TMD. 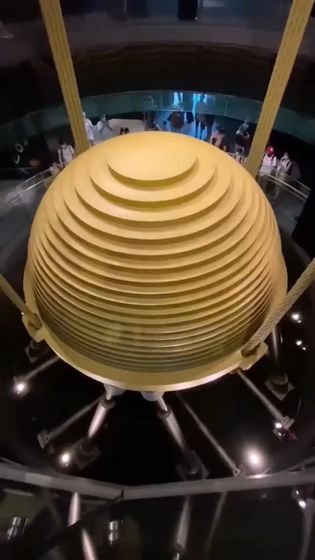 A huge TMD sways and sways with the sound of metal scraping. The seismic intensity in Taipei is about 2 to 3, and perhaps because the danger of an earthquake itself is low, cheers are coming from the surrounding people. 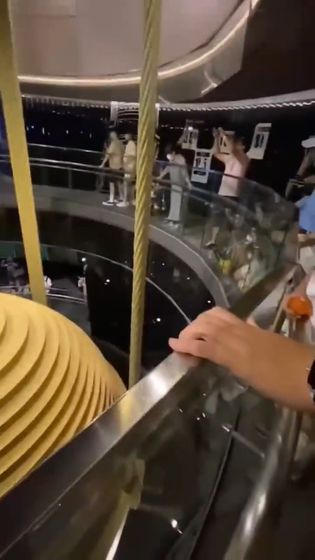 The sight of the 660-ton mass swaying to and fro was so powerful that I couldn't help but stare into it. 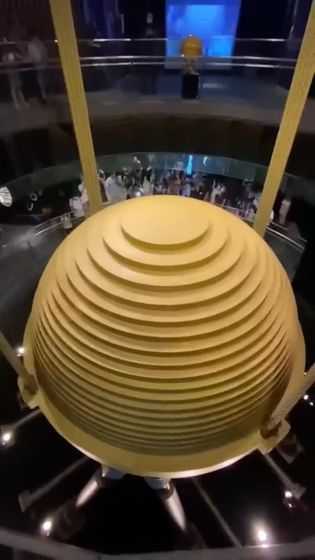