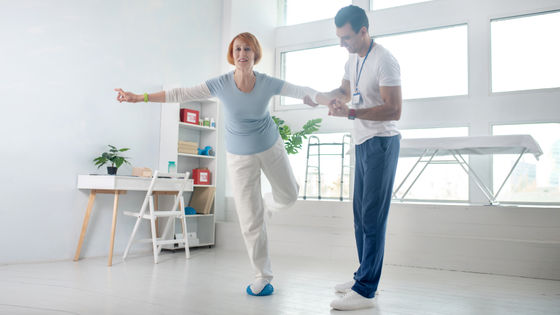 Recent studies have shown that middle-aged and older people who are unable to stand on one leg for 10 seconds are at very high risk of dying within the next 10 years. This study showed that standing on one leg was useful as a simple, routine test to identify people at high risk of death.

According to Setor Kunutsor, a researcher at the University of Bristol in the United Kingdom, unlike strength and flexibility, balancing power remains fairly good until around the age of 60, but then begins to decline rapidly. .. However, balance function tests are not often used in middle-aged and older health examinations.

'The tests that have been used to assess balance function for many years aren't being used in health tests because they don't have standard testing methods or reliable data,' said Kunutsor and colleagues. , I conducted a study to analyze the data of the CLINIMEX Exercise cohort study, which has been an initiative since 1994 to investigate the relationship between physical fitness and motor function and mortality risk.

The analysis included 1702 participants aged 51-75 and an average age of 61 years who were tested between February 2009 and December 2020, with 68% of the participants being male. It was said that. In the test, a test was conducted in which one leg stood for 10 seconds. Participants were instructed to face forward with their arms down to the side of their bodies and to attach the raised leg to the calf of the opposite leg.

And 123 people, or 7% of the subjects, died during an average follow-up period of 7 years from the test. The main causes of death were cancer 32%, cardiovascular disease 30%, respiratory disease 9%, and complications of new coronavirus infection 7%.

When the research team analyzed the results of the one-legged standing test with the dead, the mortality rate of those who could stand on one leg for 10 seconds was 4.5%, while that of those who failed was 17.5%, which is 13 points. There was a difference. Those who failed were generally in poor health and tended to be obese, heart disease, hypertension, and hyperlipidemia. In particular, the percentage of people who failed had type 2 diabetes was three times higher than those who passed.

From the results of the analysis considering age, gender, and underlying disease, the research team concluded that 'not being able to stand for 10 seconds on one leg increases the risk of dying for some reason in the next 10 years by 84%.' I attached it. 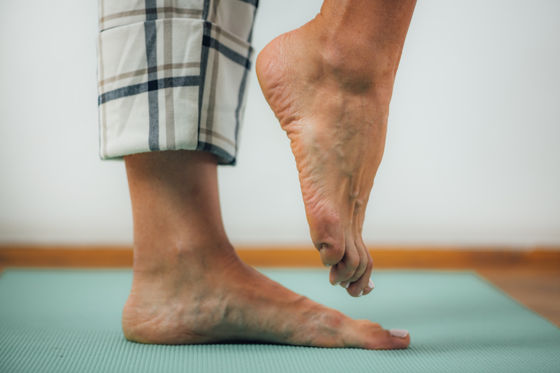 Since this study is an observation of the results, it should be noted that the mechanism of why people who cannot stand on one leg die prematurely has not been identified. Also, since all participants are Caucasian Brazilians, it may not apply to other regions or ethnic groups.

'The results suggest that 10 seconds of standing on one leg may be a routine and practical tool for identifying middle-aged and older people at high risk of death,' Kunutsor said. rice field.