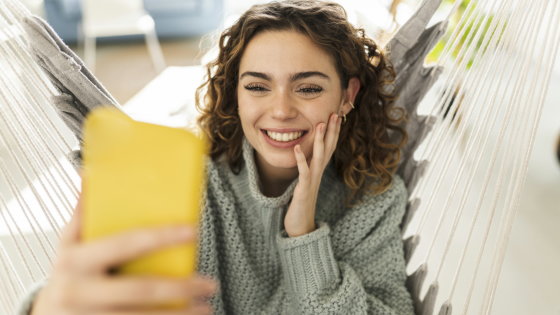 While social media can help you get a lot of information and communicate with friends and acquaintances, it also has the disadvantage of being stressful and time-consuming. As a result of an experiment to 'stop using such social media for a week', a paper was published that cutting off social media increased happiness and improved problems such as depression and anxiety.

'Social media scrolling has become universal, and many people go almost unknowingly from waking up to sleeping at night,' said Jeffrey Lambert, senior researcher at the University of Bath 's Department of Health. He pointed out that there are concerns about the impact of social media on mental health. Therefore, the research team of Lambert et al. Conducted an experiment in which subjects were asked to 'cut off social media for a week' to investigate their effects on mental health.

When the anxiety, depression, and happiness scores were measured again at the end of the one-week experiment period, the happiness increased significantly in the group requested to cut off the social media for one week, and the depression and anxiety scores. Was also found to have improved significantly. These results were maintained even after considering pre-experimental baseline scores, age, and gender. In addition, although these effects were seen only by reducing the usage time of social media, it seems that the subjects who succeeded in completely cutting off social media had the greatest effect. Lambert reported positive effects such as many subjects improving their mood and reducing overall anxiety by moving away from social media, suggesting that even a small amount of rest can have an effect. Claims to be. 'Of course, social media is a part of life for many people and an integral part of their personality and interaction with others. But if you scroll the screen for hours every week, that's what you get. If you feel it is having a negative effect, you may be able to resolve it by refraining from using it. '

Cal Newport , an associate professor of computer science at Georgetown University, said the study wasn't based on a large data set, but rather a randomized comparison of recruited subjects randomly assigned to different groups. He pointed out that the feature was that the test was conducted. 'Given the simple study design and the clear effects it reveals, the message here seems clear. Social media hurt mental health,' he said.