A vertical hole with a depth of 192 m is found in the mountains of China, and the tree that grows at the bottom stretches its branches toward the light that falls from the hole. Guangxi Zhuang Autonomous Region of southern China, a cave expedition reportedly found a huge sinkhole in the karst terrain and found an ancient tree about 40 m high at the bottom of the sinkhole. increase.


The following is a sinkhole discovered in Guangxi Zhuang Autonomous Region in 2019. Locally, these sinkholes are called 'tiankeng', and there are as many as 30 sinkholes in Leye

County , Guangxi Zhuang Autonomous Region, which is known for its karst terrain.

On May 6, 2022, an expedition discovered a 192m-deep sinkhole that took several hours to descend to the bottom of the hole, where there were three cave entrances inside and an ancient tree 40m high. It was discovered that the branch was growing toward the sunlight shining through the sinkhole. 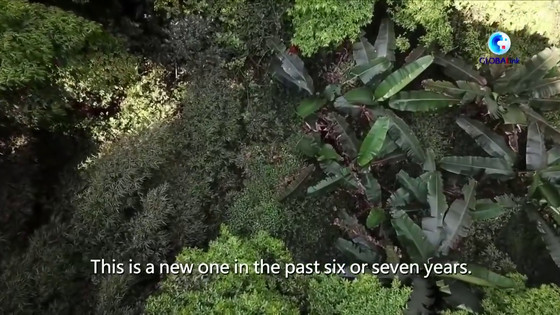 According to the research team, the sinkhole discovered this time is the point connecting the river flowing underground and the cave, and it is one of the largest sinkholes in the surrounding area.

Jiang Zhongcheng, a member of the expedition and a geologist, said, 'Some depressions were formed on a plateau 1000 meters above sea level, while others developed in a chain along an underground river. This discovery was made in the depression. It will have important implications for the growth process. '