What is the new coronavirus 'Omicron XE'? 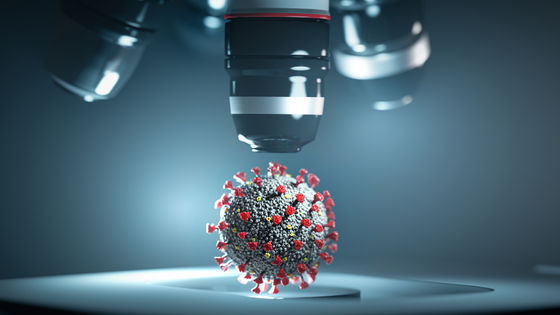 reported that a woman arriving at Narita Airport from the United States confirmed the 'XE strain' of the new coronavirus Omicron strain for the first time in Japan. Virus experts explain what the Omicron strain XE strain, which is rampant in the United Kingdom and elsewhere, is.

Omicron XE is spreading in the UK – a virologist explains what we know about this hybrid variant
https://theconversation.com/omicron-xe-is-spreading-in-the-uk-a-virologist-explains-what-we-know-about-this-hybrid-variant-181034

According to Grace Roberts, a virologist at the University of Leeds in the United Kingdom, the Omicron strain XE strain is not a variant strain such as the Delta strain or the Omicron strain, but 'a new version of the virus that combines the genes of multiple mutant strains.' thing. In this way, a virus formed by recombination of a part of a gene between two or more homologous or related viruses is also called a 'recombinant'. In the first place, mutant strains such as Delta strains and Omicron strains occur because when the virus is replicated, an error occurs in the copy of the gene and a small mutation occurs. Often, these mutations do not have a significant effect on the virus and are therefore called '

silent mutations .' However, mutations can be beneficial to the virus, and those with increased infectivity, such as the Omicron strain, are of particular concern as a variant of concern.

On the other hand, recombinants such as the Omicron strain XE strain, which is the problem this time, are generated by infecting the same person with two different types of viruses. A virus injects a gene into a cell to make a copy of itself, so if a closely related virus infects the same cell at the same time, a virus with a rearranged gene will be born.

From this, Roberts said, 'The characteristics of the Omicron strain XE strain, such as infectivity, risk of aggravation, and vaccine effectiveness, are expected to be similar to those of'BA.2', but genetically different viruses. So scientists need to continue to monitor and research. ' According to Roberts, the Omicron strain has been found to tend to be less severe than other variants overall, and in the study of 'BA.2', which inherited a lot of genetic information from the Omicron strain XE strain. Is less likely to become more severe than 'BA.1'. This is encouraging, but Roberts emphasizes that it is extremely infectious.

'The current new coronavirus vaccine is all targeted at the original Wuhan strain, so there is an increasing need for vaccine renewal. The more mutated the spike protein, the more current it is. The data show that the vaccine is less effective in preventing infections. However, vaccines are very effective in preventing the aggravation and death of new coronavirus infections. ' He said that there is a need for a vaccine that is compatible with the new type of coronavirus that appears in.