A stamp-sized 'curse amulet' is found in ancient ruins 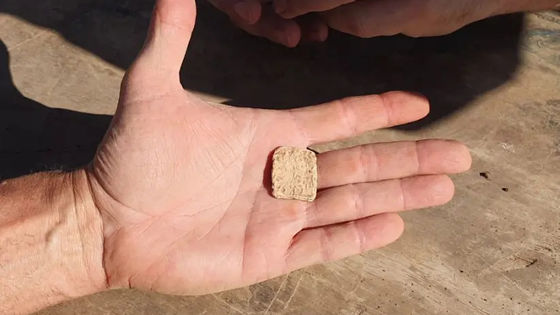 It was discovered that a lead amulet, believed to be at least 3200 years old, was found in the

West Bank of the Palestinian Territories. The amulet is about 2 cm square and is called a 'curse amulet' from an anecdote based on the Bible. The amulet is made by folding a lead plate and measures only 2 cm in length and width. An inscription with inscriptions is hidden between the boards, and as a result of analysis by CT scan, the letters that appear to be the first letter of the Hebrew alphabet ' Aleph ' and a symbol similar to a lotus flower are engraved. It is said that. This guard was found during the rewashing of sediments excavated from

Mount Ebal in the West Bank in the 1980s, and is an ancient stone structure called the 'Altar of Joshua' on the ridge of Mount Ebal. It is said that it was excavated from. Mount Ebal is a place that appears in the Hebrew Scriptures and is said to have been a cursed mountain visited by the ancient Israelites led by Moses.

Based on the results of lead isotope analysis and the characteristics of the letters used, the amulet was made at least around 1200 BC, probably around 1400 BC, said excavation director Scott Stripping. doing. If the exact date is revealed, the amulet will be recognized as the oldest evidence that the ancient Israelites were dealing with the character, and will go back hundreds of years from the existing evidence. 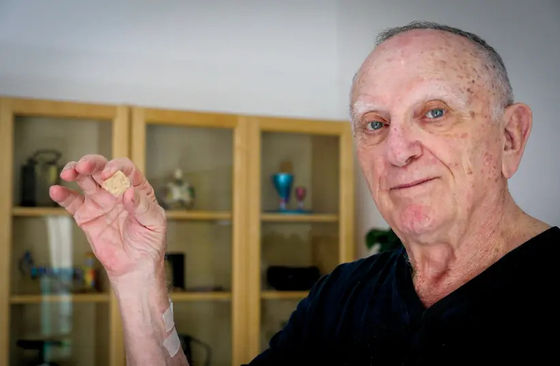