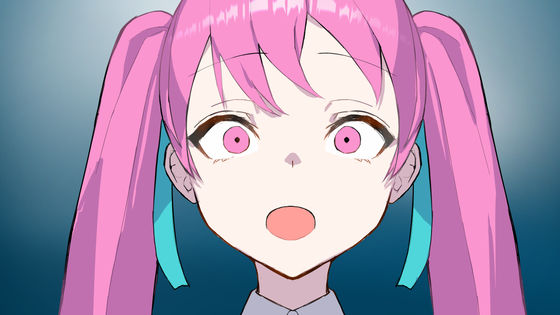 ◆ Synopsis
One day, Kanon Miyazono, who has a constitution that she can't make friends with, meets Rion Miyazono, a girl who has the same surname as herself.
The shocking 'confession' of Rinne, who is bright at the bottom, greatly involves the world of Hanane. What does Hanane get in everyday life that is being destroyed?
The deep 'secret' of a flower garden woven by Yuri and SF (Science Fiction), of girl and girl, love and fate, is revealed.

If you haven't seen the work yet, please check it from the first episode . Click the image below for the latest manga story. Please send your impressions and comments to the Twitter link at the end of the manga or #Secret Miyazono ! If you have any opinions, impressions, or typographical errors in the manga, please use the login-free form ! Check out the funny and cute new serialization ' Anyway, I want to bully Asahina-san ' from the following! Check out the 'Ameame Fure Fure Usoyande ' comic, which depicts a two-week story between a girl who loves rain and a boy who is cursed by rain!

◆ Profile of the original and drawing staff of 'Secret Miyazono'
Original name: Healthy In the initial design of Hanane by the person in charge of the original name, the structure of the hairstyle and the image of the eyes are explained in detail. The story is set in 2087 in the future, but he doesn't expect much unusual costumes or high-performance clothes. The part of the science fiction setting that the future is the stage is related only to the presence of Rinne of Android up to 3 episodes, but in fact it seems that more important information is hidden, so I expect it in the future. Character design drawn by the drawing staff in response to the design by the name staff. At this point, the design at the time of posting one episode and the way of drawing uniforms and eyes have changed a little. 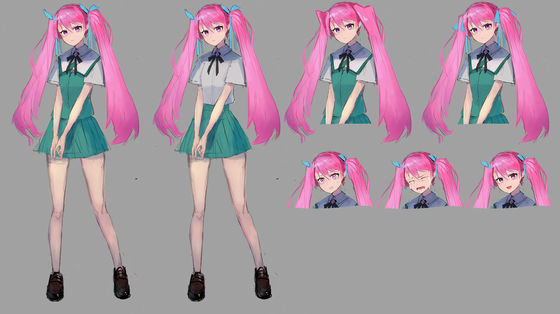 Hanane is often angry or confused because she is swayed by Rinne because of her 'constitution that cannot be friends' during the work, but she is basically an expressive character. Rinne's initial design looks like the following. At this time, the decorative part of the head is still the same color as the hair. Rinne's color design by the person in charge of drawing. It's a mystery why this happened, but at this stage the head decoration is white. 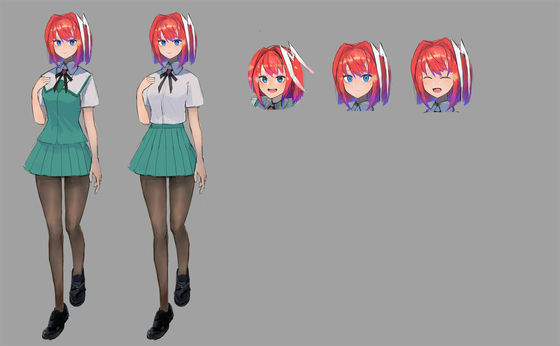 Rinne, in contrast to Hanane, always has a bursting smile. That's why pay attention to the facial expression when you go to sleep just before Rinne stops. What are the feelings of an android with a heart that is brighter and smiles than humans? 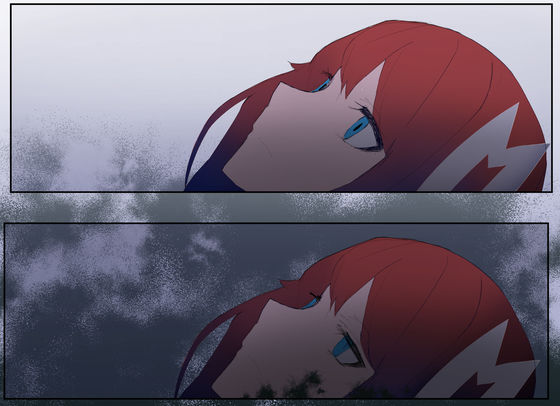 At the time of creating the character design, trial and error was carried out by asking 'Can we make the character design better?' In the end, we adopted almost the first design, but we examined the uniform design with a delicate arrangement and tried to find out by comparing the types of uniforms in the first place.

The image below is a detailed view of the uniform by the person in charge of the original who was sought for a uniform design. With the addition of additional decorations and arrangements, the initial rough and finished design are subtly different. I was also exploring various 'eyes' that greatly affect the quality of character designs. The image below is a comparison of some patterns drawn by the person in charge of drawing, with reference to the fashionable and popular illustrators. 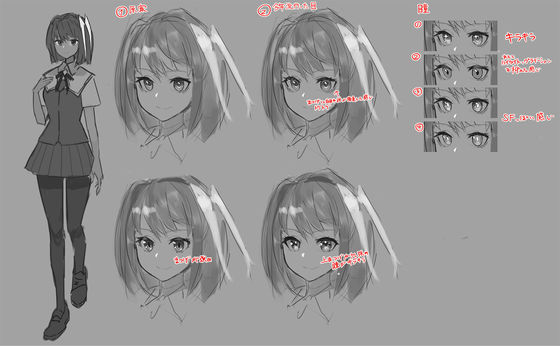 In response to the design candidates in charge of drawing, the person in charge of the original created the final desired design. By putting a jewel-like decoration on the eyes, it has a charm that seems to be inhaled. The final character design is as follows after searching for characters, uniforms, eyes and eyes. By the way, the design of Hanane's shoes has also been changed. Part of the character making is the full version in ' Episode 2 Part 1 [Advance Release] ' limited to GIGAZINE Secret Club (GSC). At GSC, in addition to making, you can read manga ahead of time, check back data and production materials that can only be seen there, so if you are interested or want to support, please access from here please.

'Secret Miyazono' is a serialization from the entries for the GIGAZINE Manga Award 'Original Name Category'. We are always looking for original scripts, drawings, and of course manga works, so if you are interested, please refer to the details from the link below and apply. Thank you for your continued support. 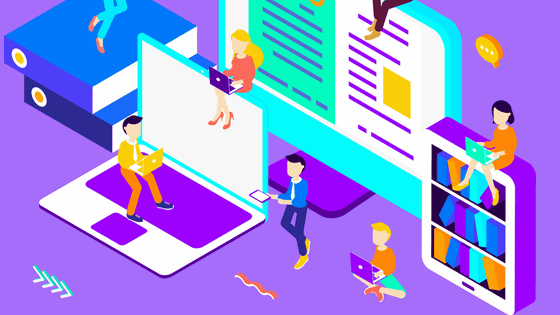