It was reported that a male oral contraceptive (pill) being developed by a research team at the University of Minnesota in the United States 'achieved a 99% contraceptive rate in a mouse test.' This men's pill is expected to undergo human clinical trials within 2022.

Male Contraceptive Pill Found 99% Effective in Mice, With No Observable Side Effects
https://www.sciencealert.com/new-attempt-at-a-side-effect-free-male-contraceptive-has-proven-effective-in-mice

The men's pill was developed by Abdullah al-Norman, a graduate student at the University of Minnesota. In order to develop non-hormonal pills, Norman focused on a protein called retinoic acid receptor α , which is related to the vitamin A derivative 'retinoic acid,' which plays an important role in sperm formation. Using a computer model, we identified the optimal molecular structure for inhibiting the action of retinoic acid receptor α, and actually created a chemical substance with this molecular structure.

When this chemical named 'YCT529' was orally administered to male mice for 4 weeks, the sperm count decreased significantly, and a contraceptive rate of 99% was achieved in an actual mating experiment. In addition, YCT529 is designed to act only on retinoic acid receptor α, not on related substances such as retinoic acid receptor β and retinoic acid receptor γ, in order to avoid side effects. When he followed up on his weight, appetite, and overall activity, he said that there were no 'adverse effects that could be judged from the appearance.' 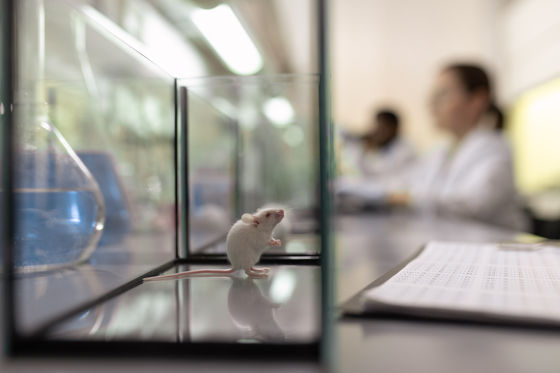 Mice that have discontinued oral intake of YCT529 are said to have regained fertility after 4 to 6 weeks, and it is also judged that they have a contraceptive effect only while they continue to take YCT529. Norman's research team is said to have been funded by the National Institutes of Health and the Male Contraceptive Initiative, a non-profit organization that supports the male contraceptive research community. We are aiming for human clinical trials by the end of 2022 in collaboration with a private company called Your Choice Therapeutics , which has continued to develop.

'I'm optimistic that the project is going well,' said Professor Gunda Georg, who leads Norman's research, citing the possibility that it will go on sale within five years. Regarding future human clinical trials, he is confident that 'there is no guarantee that it will work, but if it does not work in humans, it will be extremely surprising.'