Hikaru Asahina , the only daughter of a millionaire, and Yuhito Yahashi, a childhood friend, will be serialized in November 2021 and will be published around April 2022. It will be completed once with the story. Prior to the publication of the final episode, we released a book on

Amazon's Kindle store that pre-recorded up to the final 11 episodes and also included a newly drawn bonus manga. Depending on the book, it will be possible to produce sequels after the 12th episode, so please visit it if you read it every time you serialized it or if you haven't read it yet. You can get it for free if you are a Kindle Unlimited member.

Anyway, I want to be bullied Asahina-san | Junta, GIGAZINE | Amazon

◆ What kind of story is 'Mr. Asahina who wants to be bullied anyway'?
◆ Click here for the contents of books such as newly drawn manga and treasured materials
◆ Book cover making

What kind of story is 'Mr. Asahina who wants to be bullied anyway'?
'Anyway, I want to bully Asahina-san' is the main character of Hikaru Asahina, a perfect young lady who is both talented and literary, and Yuhi Yabashi, a childhood friend who is full of things she is not good at. Yuhito Hikaru has been with me since I was young, and I'm good friends anyway. Hikaru was a little crazy, but Yuhi loved Hikaru and Hikaru loved Yuhi. However, one day, not only did the two become a little estranged, but the mischief from Hikaru to Yuhi began. When Yuhi goes to school, his desk is painted black instead of graffiti ... I'm not good at running, but I'm chased by a dog that seems to be strong. However, there was Hikaru's plan to overcome Yuhi's bad points and weaknesses. The reason I did graffiti on my desk was to have Yuhi, who has a sloppy place, clean it. The reason why I started my dog is to be able to run faster than anyone else at the sports festival. Because, on the day when Yuhi was estranged from Hikaru, there was a word I received from my strict father. Hikaru is a venerable young lady, and Yuhi is the daughter of a servant who works at Hikaru's house. My father tells me, 'Don't go out with ordinary people.' I can't go against my father's instructions. However, I can't leave my favorite Yuhito. So young Hikaru decides. Using all kinds of hands, I will raise Yuhi into a perfect human being who cannot be called an ordinary person. Yuhito, who loves Noh weather but loves Hikaru and wants to be friends again, has a strict contact with Tsun Tsun, but Hikaru likes Yuhi too much. What will happen to the strange, entertaining and sad relationship between the two? We hope that you will pick up your work while paying attention to this point. Click here for the contents of books such as newly drawn manga and treasured materials
The cover that opened the book. Hikaru, who seems to have fun picking up Yuhi, is a landmark. 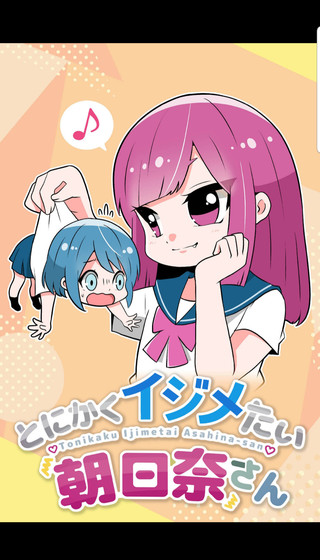 The table of contents of the main story looks like the following. Includes episodes 1 to 11 of the serialized version and episode 0 'Encounter of Two People' drawn by a book. In addition, since episodes 10 and 11 are pre-recorded, you can read them one step ahead in the book. You can jump to each episode by opening the table of contents in the Kindle app. When you turn the page, it looks like the following. Depending on the type and settings of the terminal, it is possible to read on a large spread screen. The 10th and 11th episodes of the pre-recording are the pre- and post-parts that will be the final episode. Yuhi visits Asahina's residence for the first time in a few years to sympathize with Hikaru who was absent due to a cold. The episode 0 'Encounter of Two People' is also included in full color. Hikaru and Yuhi I met for the first time when I was young. Do you really love Yuhi? You can see a part of it. In addition, the proto work 'Poor-chan and Rich-chan', which was the basis of the idea of 'Anyway, I want to bully Asahina-san,' is also included at the end of the book. It is a treasured material that can only be read here, so please try to get it. ◆ Book cover making
When creating the cover, two compositions were first created. Composition A is Hikaru who becomes a horseman on Yuhi, which was also in the main story. It is a picture that clearly shows the power relationship between the two. Composition B is Hikaru who is fascinated by pinching a small Yuhi. This was also interesting because the power relationship between the two was well represented and Hikaru's affection was plentiful, so Plan B was adopted. After that, I searched for a pattern that would be the background of the cover. In an ebook store, the cover is displayed as a small image, so it is desirable to have a shape that stands out even a little.

Once the pattern is decided, adjust the background color after coloring the character. The pink background on the left stands out most, but if you hit it, the color will be close and the character will look buried, so I considered a color that stands out while differentiating the color. It has a cover like this, so if you see it in the store, please click it.

Check out the 'Anyway Bullying Asahina-san' book, which includes all 11 episodes in full color and the newly drawn 'Episode 0', and you can read the treasured prototype version.

Anyway, I want to be bullied Asahina-san | Junta, GIGAZINE | Amazon