Does the 'phenomenon of water droplets floating on a hot iron plate' occur with liquids other than water? Leidenfrost effect '. 'am. The results of testing this Leidenfrost effect on various liquids other than water have been published by a research team led by Felipe Pacheco-Basquez of the Faculty of Physics, Puebla University, Mexico.

The research team led by Mr. Vasquez dropped liquids such as water, ethanol, methanol, chloroform, and formamide onto a metal plate heated to 250 degrees Celsius and observed the behavior. As a result, it was found that not only the Leidenfrost effect can be confirmed in other than water, but also that droplets with similar characteristics coalesce and droplets with large differences in characteristics repel each other.

If you actually drop water and ethanol on a metal plate, you can see how each drop behaves by watching the following movie.

The triple Leidenfrost effect in water and ethanol --YouTube


The large droplets are water, and the small droplets colored with blue dye are ethanol. The two droplets behave as if they collide and repel each other. 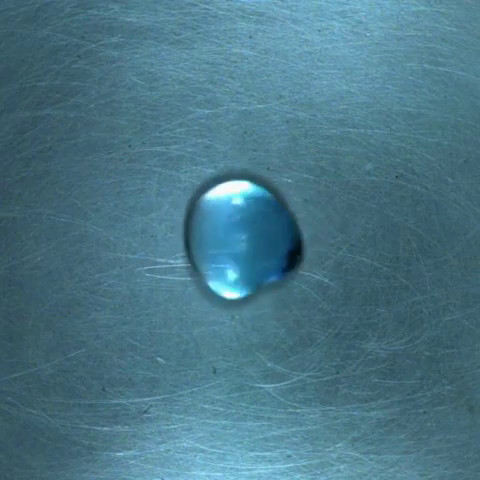