Russia's invasion of Ukraine has received strong criticism from countries around the world such as Japan, the United States, and the EU. China, on the other hand, has not explicitly supported the invasion of Ukraine, but has abstained from voting when a condemnation resolution was passed against Russia at an emergency special meeting of the UN Security Council or the UN General Assembly. It is reported that strict censorship has been carried out on such Chinese social media, and posts expressing strong opinions regarding the invasion of Ukraine have been deleted one after another.

According to FreeWeibo , a follow-up to China's Internet censorship, a user said on Chinese social media Sina Weibo, 'The flames illuminate the sky and strike my heart. My compatriots in Ukraine. I hope the safety of his family. 'He said that he was immediately deleted and blocked.

Weibo also posted a Russian-friendly post saying, 'I support the war! America and Taiwan are overkill!' However, it seems that this writing was also deleted immediately.

China's position in world affairs is changing subtly every day, and social media posts must be in line with China's official views. Therefore, the content posted on either the Russian side or the Ukrainian side will be subject to censorship immediately. Yuqi Na, a researcher on media communication at the University of Westminster, said, 'In general, online platforms in China provide daily guidance on what content should be removed from the government.'

posted an 'internal instruction on how to survive the Ukrainian crisis' on Weibo . In addition to saying, 'I will not post anything that is inconvenient for Russia or pro-Western content,' we constantly monitor comments on Weibo and have been designated by China's national media, Xinhua News Agency, CCTV, and People's Daily. It was specified to use only hashtags. 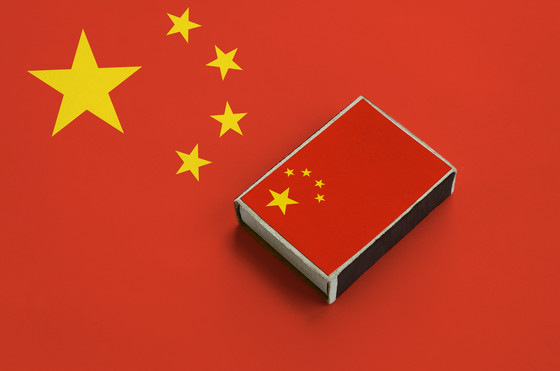 Before Russia invaded Ukraine, Chinese state media and Twitter accounts of officials dismissed the possibility of an invasion of Ukraine. However, when the invasion began, China was placed in a difficult position to harmonize its relations with Russia with its long-standing policy of non-intervention and respect for national sovereignty. Moreover, a few weeks before the invasion of Ukraine, President Putin had just been invited as a VIP guest at the Beijing Winter Olympics, and Russia and China had just reaffirmed the relationship.

Immediately after Putin declared an invasion of Ukraine, Chinese state media took a cautious stance on the press. The coverage of the invasion of Ukraine was relatively sparse, much like Russia's coverage, calling the conflict a 'special military operation' and blaming the United States and NATO. 'Many Internet users believe in state media coverage when sources are limited,' Na said.

As a result, pro-Russian discourse has become popular on the Chinese Internet. Social media companies have also left behind war-supporting posts and discriminatory posts against Ukrainians. Weibo and Weixin, a social news app, said that they had sympathy for Ukraine, but after a while, they stopped posting.

Anthony Saihi, director of the Harvard Ash Center, said, 'There are many counter-arguments in Chinese social media with articles and posts in line with official views. It shows that opinions are divided about the invasion of Ukraine. Some people are worried about the long-term effects. '

On February 26, 2022, five Chinese university professors issued a statement condemning the war. It seems that this statement was deleted immediately, but it was widely spread on the net before it was deleted. 'No matter what the excuses, Russia's use of force to invade a sovereign state is a stepping stone to the norms of international affairs under the UN Charter,' the professors said in a statement. Ignored it and criticized Russia directly. Since the spread of this statement, negative views on Russia have also been seen on Chinese social media.

Saihi said that social media companies have removed both 'pro-Russian content' and 'critical content against Russia' and removed extreme content, which is the same as China's official view. Pointed out that he is trying to keep. Weibo has already suspended or deleted 10,000 accounts and has stated that 'users should be objective and rational.' 'Chinese authorities are trying to tone down positive sentiment towards the war, but it will be difficult to blame Russia. At the root of that attitude is'condemning American supremacy and domination. Anyway, especially blame for human rights issues, 'he says.'