In fact, one-third of young people felt 'happy' with the lockdown caused by the new Corona. 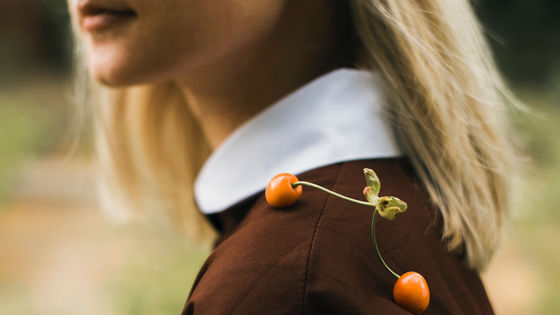 mental health and well-being during the lockdown period for the new coronavirus infection (COVID-19). ..

One in three young people say they felt happier during lockdown | University of Cambridge
https://www.cam.ac.uk/research/news/one-in-three-young-people-say-they-felt-happier-during-lockdown The pandemic of the new coronavirus has forced strict lockdown measures around the world, forcing many to spend their time at home. Not only companies and commercial facilities but also schools where children attend have been closed, and there are still cases in Japan where schools are closed due to the epidemic of Omicron strains .

Some researchers report that lockdown measures with the new coronavirus have adversely affected the mental health and well-being of young people, but another study suggests that young people may have benefited from lockdown. Suggests.

'At the time of the first lockdown in 2020, quite a few children and adolescents reported that their health was'improved,'' said Emma Soneson, a doctoral student in the Department of Psychiatry at the University of Cambridge. I heard from patients and informally from some parents and adolescents that the lockdown period was beneficial to their and their children's mental health, so I decided to investigate this in detail. ' He talks about how he got involved in investigating the impact of down on mental health. Soneson analyzes the 2020 edition of the

It was also clear that students who felt well-being during the lockdown period were more likely than other students to report positively about school, home, relationships and lifestyle during the lockdown. It has become. For example, students who report improved well-being compared to their classmates have less bullying, better relationships with friends and family, less loneliness, better academic management, and better sleep than before lockdown. It reports an increase in the number of people and an increase in exercise. 'We found that various factors are intricately intertwined in whether a child's mental health and well-being were affected by lockdown,' said Peter Jones, a professor of psychiatry at the University of Cambridge. It ranges from 'mental health before pandemic' to 'relationships with family and peers' and 'attitude toward school'. '

Studies of the effects of traditional lockdowns have revealed that young people are worried that lockdowns may have a negative impact on friendships. However, in a new study by Soneson et al., About half of those who reported improved mental well-being reported less loneliness and better relationships with friends and family. The research team explained that lockdown did not adversely affect mental health more than expected, partly because 'digital social interaction reduced the adverse effects of reduced face-to-face contact. It is said that the spread of video calling apps such as Zoom has greatly helped. Another possible factor in improving family relationships is that children who have been closed can spend more time with their parents and siblings.

Family relationships have also clearly improved, with 53% of students saying that they're getting closer to their families than they were before the lockdown, with no change (26%) and worsening (21). %) Is overwhelmingly higher than the percentage of respondents who answered. Regarding relationships with friends, 'improved' (41%), 'no change' (26%), and 'worse' (27%), indicating that the largest number of students answered that they had improved. Did. 'There is no doubt that the pandemic has had a negative impact on many, but not all children and adolescents,' said Mina Fazel, a professor of psychiatry at Oxford University who was involved in the study. I need to keep it. '