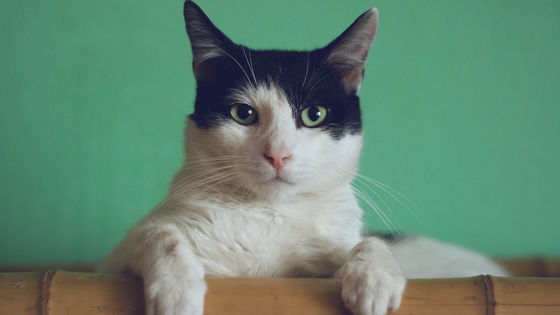 In the city of Langford, British Columbia, Canada, three cats took ownership of a new mixer purchased by their owner as a hostage. The cat hostage turmoil of the mixer continues even at the time of writing the article, and the owner has been forced to leave the purchased mixer in the box for about a month.

The victims were Nikii Gerson-Neeves and Jessica, who live in Langford. When Nikii bought a new Vitamix mixer on December 16, 2021 and put it on the kitchen floor, one of his cats, Max (4 years old), got on the box.

Since the two of them participated in the cat lovers group 'THIS CAT IS CHONKY ' on Facebook, they immediately took a 'photo of Max sitting on the mixer's box' and posted it to the group. 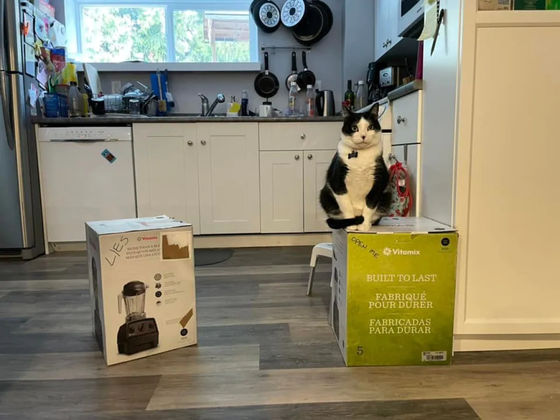 After that, it seems that they left Max alone, but the next morning, other domestic cats George (13 years old, box top) and Lando Calrissian (13 years old, left) are also interested in the mixer box. After that, he sat on the box alternately and couldn't open the mixer. When Jessica posted this on Facebook, it became explosively popular, and news that the mixer was taken hostage by three domestic cats will be reported all over the world. According to Jessica, three animals have been reported in Italy, Australia and China. Nikii and Jessica plan to get the three cats out of the mixer box and post a Facebook post to Vitamix, the distributor of the mixer. In the following post, it is reported that three domestic cats have taken the mixer box hostage and asked if they could send me an empty Vitamix mixer box. 'I've tried other cardboard boxes, but they don't seem to be as attractive as a Vitamix mixer box, so I wasn't dealt with by cats,' Jessica wrote.


In response, Vitamix presented Nikii and Jessica with empty boxes.


Upon receiving the empty box, Mr. Nikii and Mr. Jessica reinforced the box, packed things inside so that the cat would not fall even if it got on top, and placed it in the kitchen. Then, it seems that the cat came to sit on both boxes as follows. In addition, Jessica, the owner of three cats, said that living with cats 'makes people happy', saying that people want to contribute to the protection of animals in the area and take over protected cats if possible. Will do it, 'he told CBC.