Does AI 'understand' the meaning of words like humans do? 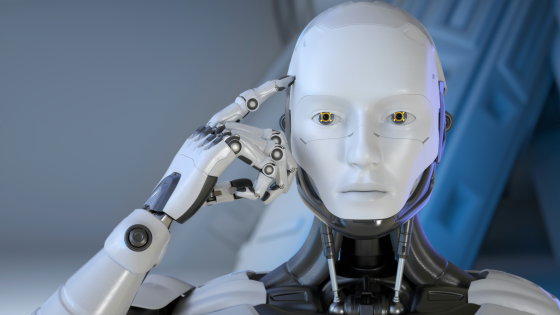 In recent years, research on artificial intelligence (AI) has been progressing at a rapid pace, and 'AI that generates natural sentences' represented by '

GPT-3 ' of OpenAI has appeared. Many people may think that AI already 'understands words', but he was a professor of complex science at the Santa Fe Institute in the United States and said, 'Artificial Intelligence: A Guide for Thinking.' Melanie Mitchell , author of Humans and others, states that it is unlikely that AI at the time of writing is truly 'understanding words.'

What Does It Mean for AI to Understand? | Quanta Magazine
https://www.quantamagazine.org/what-does-it-mean-for-ai-to-understand-20211216/

'Natural language understanding has been a goal of AI research for many years,' says Mitchell, who is working hard to build an AI that can understand and read and write languages like humans. I've been. Initially, researchers were looking for ways to manually program the 'all elements and rules' needed to understand a news article or fiction text, but write down everything needed to understand the text. That was practically impossible. Therefore, in recent years, a method of 'learning a huge amount of text data and making AI itself understand the language' has been established.

AI built on a huge amount of text data is called a 'language model', and a large-scale neural network like GPT-3 can generate sentences that are seemingly indistinguishable from humans. However, Mitchell said, 'Does AI really understand the seemingly logical sentences that it produces?', Saying that AI's understanding of language remains questionable.

One way to determine if a machine understands the meaning of a word is the ' Turing test ' proposed by Alan Turing, a leading computer science expert in 1950. The Turing test states that 'a machine has the intelligence to think about things when a human and a machine are made to interact with each other only by a written conversation, and the judge who sees the conversation cannot correctly distinguish between the human and the machine.' But Mitchell said, 'Unfortunately Turing underestimated the tendency of humans to be fooled by machines.' In fact, even early relatively simple chatbots such as ELIZA, developed in the 1960s, were able to achieve some success in the Turing test. 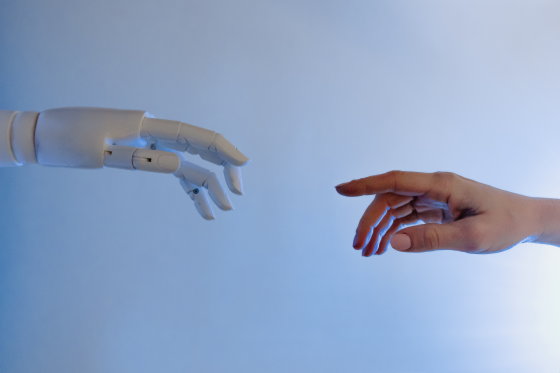 A paper published in 2012 proposed the Winograd Schema Challenge, an improved version of the Turing test. Adopted as one method within the AI language community, this test consists of short sentences and questions as follows:

A 'common sense understanding' is considered necessary to correctly answer these sentences and questions that contain pronouns. The Winograd Schema Challenge is said to be able to test AI comprehension more quantitatively rather than relying on human vague judgments, and the author of the paper said, 'Do not find the answer to your question on Google search. The question is designed with 'to do' in mind. At the competition held in 2016, even AI with the highest correct answer rate of Winograd Schema Challenge could answer only 58%, which is not much different from the case of randomly answering. To solve these problems with the Winograd Schema Challenge,

a research team at the Allen Institute for AI in the United States has recruited online humans to write an improved version of the Winograd Schema Challenge. ( WinoGrande ) was developed in 2019. It seems that this temporarily beat many AIs, but with the progress of AI research after that, a larger-scale neural network language model was developed, and at the time of writing the article, some boasting a correct answer rate of nearly 90% have appeared. increase. This performance improvement is attributed to the increased size of the neural network language model and training data.

But still, Mitchell said, 'I repeat, it's unlikely' when it comes to the question of whether AI has gained a human-like common-sense understanding. In fact, in a follow-up survey on WinoGrande, AI was tested by the method of 'making a set of'two pairs of sentences'composed of almost the same words, and if both are correct, it is considered to be the correct answer.' However, the percentage of correct answers was much lower than that of humans. A lesson learned from a series of efforts to test AI is that 'it's hard to tell from the performance of a given task whether an AI system really makes sense.' This is because neural network language models often answer based on statistical correlations rather than understanding the meaning of sentences like humans do.

'In my view, the heart of the problem is that'to understand language, we need to understand the world, and machines exposed only to language cannot get that understanding.'' It is pointed out. To understand the sentence, 'Sports cars overtook postal vehicles because of their speed,' 'What are sports cars and postal vehicles?' 'Cars can overtake or overtake each other.' It is necessary to know the fundamental common sense and concept of the world, such as 'a car is an object that is operated by humans, exists in the world, and interacts with each other.'

'Some cognitive scientists need to rely on

innate, language-preceding core knowledge of space, time, and many other essential properties of the world in order for humans to learn and understand language. 'I argue,' Mitchell said, and if you want to assess whether AI has the same understanding of meaning as humans, how well you understand this 'metaphysical principle.' Also insisted that we need to look.