It turns out that the more headed a soccer player is, the more likely it is that cognitive function will decline. 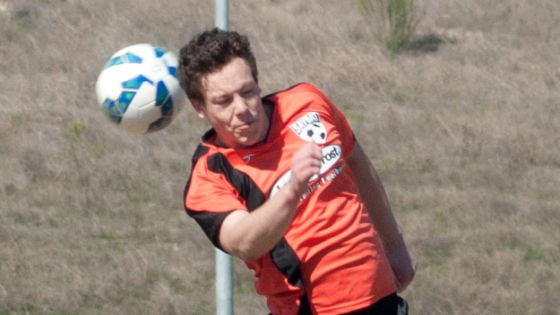 It has been pointed out that 'heading', which is often seen when watching soccer games, may adversely affect brain function, and there are some areas where children are prohibited from heading. A study conducted in England revealed the relationship between heading and cognitive function.

In recent years, it has been pointed out that heading, which gives a strong impact to the head, may have an adverse effect on health, such as the cause of death of former England soccer player Jeff Astle being identified as 'too much heading'. In response to this situation, England has enacted guidelines that require professional soccer players to perform 'heavy heading exercises' up to 10 times a week, prohibiting children under the age of 11 from teaching heading. Rules are also made .

However, the above research is based on information on 'former soccer players who died'. David Bruno, who studies the brain at Liverpool John Moore University , and Andrew Rutherford, who studies the relationship between football and the brain at Keele University , said, 'Soccer is the most played sport in the world and accompanies play. Understanding the risks is important. Gathering data on living subjects will help us understand more detailed information than studies of dead soccer players. ' We analyzed the relationship between heading and cognitive function for former soccer players. 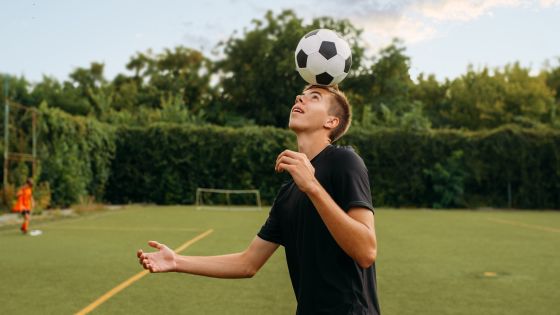 They conducted a cognitive function test 'Test Your Memory (TYM) ' used for diagnosing Alzheimer's disease, etc., for 60 former soccer players with an average age of 68 years. In addition, we conducted a questionnaire from the subjects regarding their career as a player, such as 'position played,' 'career length,' 'training system,' and 'presence or absence of head injury.' In addition, we listened to the average number of headings performed by the subjects for each match and training, and estimated the total number of headings for each subject by multiplying the number of appearances in the match and the training time.

As a result, it was found that the higher the total number of headings, the lower the TYM score. In addition, it was revealed that the TYM score drops by 3 points for every 100,000 headings. 'The difference of' 3 points 'in TYM is enough to indicate a decline in cognitive ability. Also, since the total number of headings of professional soccer players is hundreds of thousands, the number of' 100,000 'is high. It's not too many. '

'As far as we know, this is the first study to provide direct evidence of a link between retired professional soccer player heading and cognitive impairment. Cognitive impairment is the onset of dementia. It's a symptom. In other words, our research shows that it is associated with frequent heading and the development of dementia. ' 'It's probably correct to limit the number of headings during training, and we need to continue to investigate the impact of headings on players and how to mitigate them,' they said. I am.

The Japan Football Association has released the heading instruction guidelines from April 30, 2021. The guideline states, 'At this time, the scientific basis for the risks associated with heading is not sufficient. This guideline will be constantly updated while fully following the reports of future medical and scientific research.' increase. 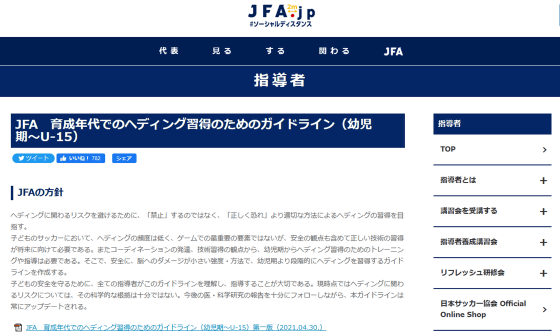