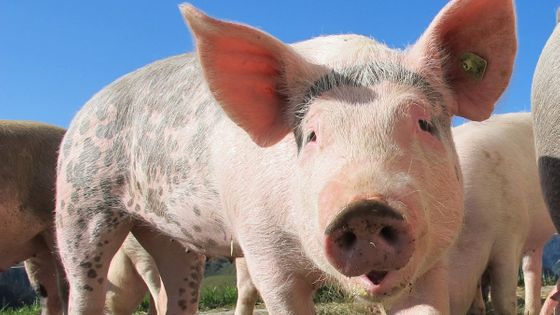 Organ transplants can save the lives of many people, but the limited availability of human organs means that you have to wait years for a donor to be found, or you die in time for a transplant. The problem is that it gets stuck. In recent years, 'attempts to transplant pig organs into humans' have been sought to solve organ shortages, and a new

surgical team at NYU Langone Health has 'genetically modified pig kidneys.' Succeeded in an experiment to connect to the human body and remove waste products. ' In a First, Surgeons Attached a Pig Kidney to a Human --The New York Times
https://www.nytimes.com/2021/10/19/health/kidney-transplant-pig-human.html

In September 2021, NYU Langone Health's surgical team, led by Dr. Robert Montgomery, experimented with connecting a 'genetically modified pig kidney' to the body of a 54-year-old female patient who died of brain death using a pair of large blood vessels. The we. The patient expressed his intention to donate organs after his death, but unfortunately the organs were not ready for transplantation to another person. So, with the consent of the patient's family, he connected the pig's organs before removing the ventilator.

In the experiment, the pig's kidney was connected to the patient's body for 54 hours, and the team was able to observe the condition of the organs and take a sample of the tissue. During the experiment, the kidneys fulfilled their original purpose of removing waste products and producing urine, and did not cause rejection. 'The porcine kidney had perfectly normal functioning, and there was no immediate rejection we were worried about,' said Montgomery.

This time, the kidneys were not transplanted into the patient's body because the pig's kidneys were connected through blood vessels outside the body. However, in general, the problem of transplanting animal organs to humans occurs in blood vessels where human blood comes into contact with animal organs, so it was possible to confirm the presence or absence of rejection even with this method. That thing. 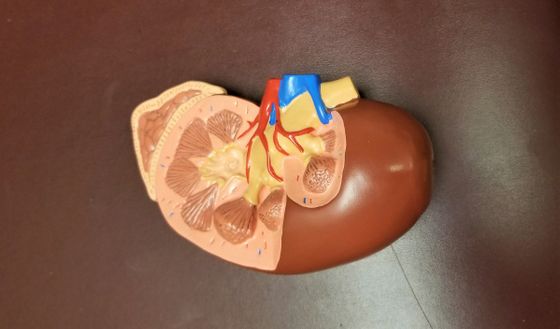 can be traced back to the 17th century, when 'treatment to transfuse sheep's blood into humans ' was carried out, and in recent years attention has been focused on using pig organs. I am. Because pigs are widely edible, they have less ethical concerns, have the advantages of having multiple offspring at once, having a short gestation period, and having similar anatomical organ anatomical similarities to humans.

Heart valves made from pig tissue have already been transplanted into humans, and the raw material for the anticoagulant heparin has also been collected from the intestinal mucosa of pigs. was. Pig tissue cells have a gene that produces a sugar molecule called α-gal , but the human immune system recognizes α-gal as a foreign substance and attacks it, causing acute rejection and transplanted organs. It will be useless.

To solve this problem, Revivicor, a subsidiary of United Therapeutics , an American biotechnology company, has developed a 'GalSafe pig' that does not contain α-gal by genetic engineering. GalSafe pigs were also approved by the US Food and Drug Administration in December 2020, and the kidneys used in this experiment are also those of GalSafe pigs. The surgical team also said that the thymus , which produces immune cells, was transplanted from the pig into the patient before the kidneys were connected, reducing the chances of the kidneys rejecting. 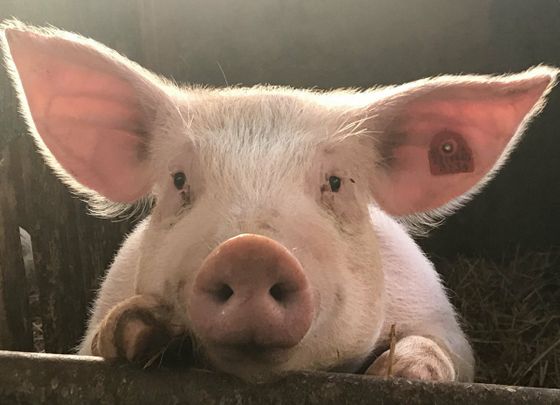 In response to this announcement, Dr. Dolly Segeb of Johns Hopkins University School of Medicine commented, 'We need to know more about the lifespan of organs.' In addition, Dr. David Klassen, Chief Medical Officer of the United Network for Organ Sharing , an American organ transplantation and transplantation network, said that since there are cases of kidney rejection between humans, pig-to-human organ transplantation It claims that durability needs to be carefully evaluated.

Although there have been some cautious voices about attempts to transplant porcine organs, the ability to transplant porcine organs into human patients could save the lives of many. 'This is an important step forward in our commitment to cross-transplantation and will save thousands of lives annually in the not too distant future,' said Martin Rothblatt, CEO of United Therapeutics. 'It's daunting to think about how many transplants will be possible,' said Dr. Amy Friedman, Chief Executive Officer of LiveOnNY.

In the United States, 23,401 people received kidney transplants in 2020, but 90,240 are still on the list waiting for kidney transplants. In addition, many patients with renal failure will not be on the waiting list due to the lack of available kidneys, and the potential demand for kidneys is even greater.