Why has Denmark, which has three-quarters of its population vaccinated, managed so well against the new coronavirus infection? In Denmark, 75% of the population and 95% of the population over the age of 50 have been vaccinated and have achieved exceptional success in dealing with the new coronavirus infection (COVID-19). I can say. Michael Bang Petersen, a professor of political science who is a pandemic advisor to the Danish government, explains why the Danish government has so organized the public's will.

One of the most harmful responses of governments in the pandemic was 'the government was afraid of the people,' Petersen said. For example, in the United States, former President Donald Trump admitted that he disrespected COVID-19 'to curb panic of the people,' and in the United Kingdom, the government acknowledged that the people were rapidly exhausted. I am afraid to extend the blockade of the city. None other than Denmark, in order to avoid 'unnecessary fear of the people', in early 2020, it was trying not to attract public attention more than necessary in a pandemic.

However, Denmark has since shifted its focus to a policy of 'showing the truth and trusting the people,' Petersen said. As a result of this policy change, Denmark achieved the COVID-19 mortality rate reduction and the vaccine intake rate mentioned above. In August 2021, the Danish government announced that 'COVID-19 is no longer a serious threat.'

So why did Denmark adopt a different policy than other countries? Petersen had previously studied the 2015 shooting terrorist attacks by a Muslim in the Danish capital Copenhagen. Two people were killed and five were injured in the terrorist attack, which is believed to have had a considerable impact on public sentiment, but Petersen said, 'Danes are Islamic because of this terrorism. I did not criticize Islam or demand that I limit my rights to Islam. ' We came to the conclusion that 'although problematic behavior did not occur, the'popular panic'that the government was concerned about did not actually occur.'

For this reason, Petersen advised in March 2020, when he became a pandemic advisor, that the basic government policy was 'do not assume that the public will panic and continue to provide clear information.' 'The panic of the masses is not supported by research and should not be assumed,' Petersen said. 'During the pandemic, the people are constantly exposed to change, so'calm down.' We don't listen to words like 'continue our lives now.' We need clear information for people to take the crisis seriously, listen to it, and know how to act. ' He said he was notified.

As a result, when Danish Prime Minister Mette Frederiksen announced the blockade of the city on March 11, 2020, it changed to provide clearer information, and how much the COVID-19 epidemic burdened hospitals. A visually easy-to-understand graph will be used to show whether to call. These created a sense of urgency and crisis among the public, but did not panic.

Petersen points out that the phenomenon of 'not panicking' is not unique to Denmark. In China, for example , after the Sichuan earthquake , ethnic minorities were seen sharing supplies and philanthropic activities, and in terrorism in France and elsewhere, 'political leaders set an example. In that case, the general public does not oppose the rights of ethnic minorities. ' Petersen also said, 'Research shows that a paternalistic government that hides the negative truth and appeals for vague reassurance hinders the public's acceptance of vaccines. It's the best way to get a vaccine and it's an antidote to false information. ' This policy is also reflected in the fact that Denmark has stopped using the AstraZeneca vaccine after clearly explaining to the public that it 'has very rare but potentially serious and potentially fatal side effects.' And that.

'The idea that people can't effectively deal with inconvenient truths has a negative impact on pandemic control and leads to self-destruction,' Petersen said. 'Unless the government trusts the people, they do. Never trust. ' 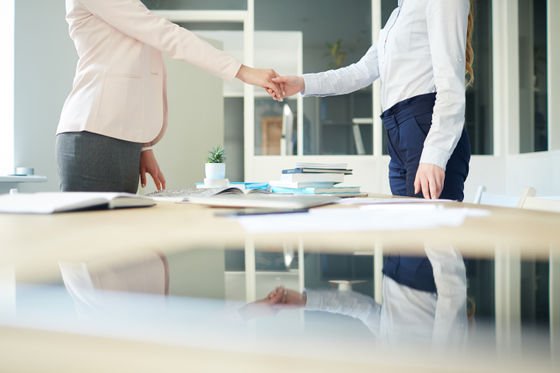