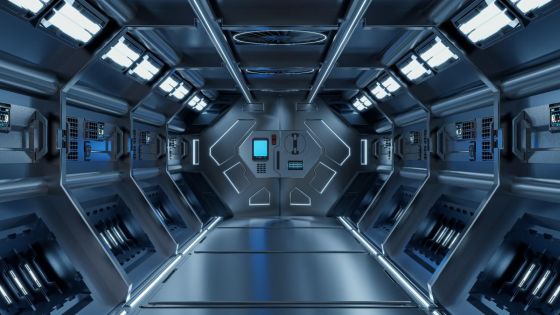 Live Science explains what is said to be 'theoretically feasible'.

5 sci-fi concepts that are possible (in theory) | Live Science
https://www.livescience.com/sci-fi-concepts-real-life

◆ Wormhole
The 'wormhole ' that appears in science fiction works appears as a concept that allows you to move to a distant place in an instant by passing through. The concept of wormholes came to be dealt with in science fiction at the end of the theory 'Einstein-Rosen Bridge' published by Albert Einstein and Nathan Rosen in 1936 that 'very strong gravitational points can be connected to each other'. Is emitting.

However, even though the existence of the wormhole is theoretically proved by the 'Einstein-Rosen Bridge', it is very difficult to actually create the wormhole. For example, Deyan Stojkovic, a physicist at the University at Buffalo, New York, said, ' Negative energy is needed to keep the wormhole open, but we know how to create negative energy. I do not know. stable in order to make a huge wormhole is the magic I need, ' he pointed out we are. 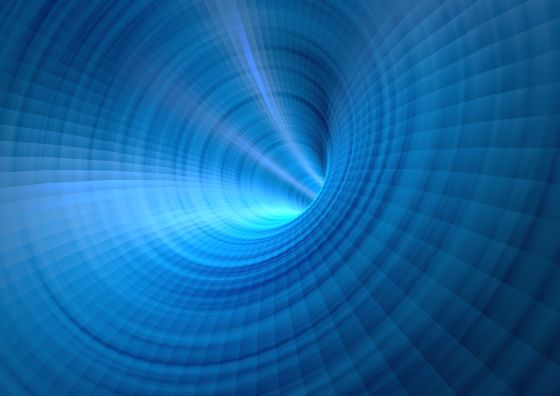 ◆ Warp navigation
In addition to wormholes, 'warp navigation', which moves in outer space at a speed exceeding light, also appears in many science fiction works. It is generally thought that it is impossible to move at a speed exceeding the speed of light, but in 1994, Mexican physicist Miguel Alcubierre said, 'Expanding the space-time behind the space-time, based on the Einstein equation. At the same time, we announced the idea 'Alcubierre Drive ' that if you move the spaceship by contracting the space-time in front of you, you can move beyond the speed of light.

In order to realize the above Alcubierre drive, it is necessary to intentionally generate 'distortion of space-time', and for that purpose, ' negative energy equivalent to 10 billion times the energy existing in the entire universe ' is required. Therefore, it has been considered impossible to realize. However, in 2021, Eric Lenz, a theoretical physicist at the University of Göttingen, said, 'If you have'10 30 times the maximum energy that a modern fission reactor can output', you can realize Alcubierre drive.' It has been announced, and the possibility of realizing warp navigation is higher than before.

A theory that makes the familiar 'warp drive' more realistic in science fiction is announced, how much energy is needed? --GIGAZINE ◆ Teleport
Teleport is a movement method in which an object disappears from its original location and an exact copy of the lost part appears in another space, unlike movement methods such as wormholes and warp navigation. Such a movement method seems impossible, but quantum teleportation has already succeeded in the world of quantum mechanics.

Electrons have what is called spin degrees of freedom, and there are two types of spins, 'upward' and 'downward'. In addition, an electron can have two spin states, 'upward' and 'downward', at the same time, and it is determined in either direction by being observed. In addition, a pair of particle A and particle B may form a superposition such as 'A is up / B is down' and 'A is down / B is up'. In this case, no matter how far the particle A and the particle B are, if the particle A is observed to be 'upward', the particle B will be determined to be 'downward' at that moment. This phenomenon has been confirmed by experiments, and it has also been confirmed by experiments that quantum teleportation, which sends the quantum state to a distant place in an instant, is possible by applying this phenomenon.

However, so far, the largest substance reported as a successful example of teleportation is the atom, and the transportation of huge objects such as humans and spacecraft has not been realized. 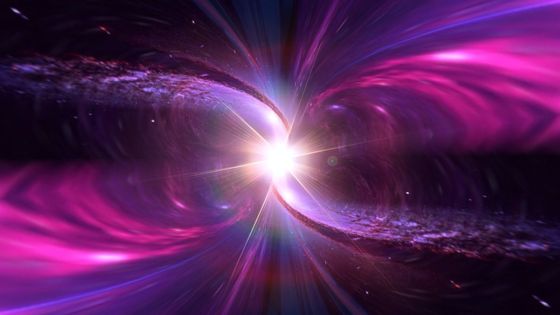 ◆ Time travel
Einstein's general theory of relativity treats space and time as 'space-time' and treats them as closely related to each other. As mentioned above, it is said that wormholes and warp navigation can be realized by distorting the space, and there is also a theory that time travel is possible if the time is distorted as well.

In addition, some conceptual designs have been announced to realize time travel. For example, in 1974 , physicist Frank Tipler introduced the time travel model 'Tipler Cylinder, ' which states that 'a tubular object with a mass ten times that of the sun can be rotated 1 billion times per minute to distort space-time.' I am announcing.

◆ Multiverse
In science fiction works, a universe different from the universe in which human beings live may appear. This idea that 'there are multiple universes' has been academically discussed as 'multiverse theory', and 'in another universe, physical parameters such as gravity may differ, but even in such a universe. The theory that 'life may exist' has also been proposed.