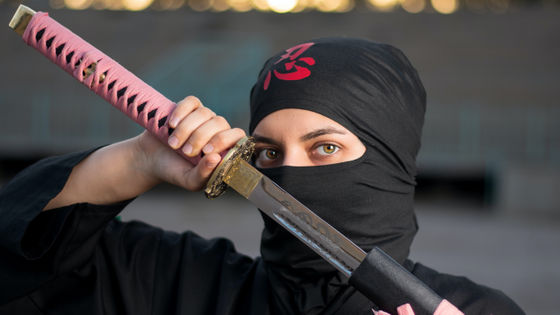 On September 18, 2021, someone dressed as a ninja slashed a member of

the 160th Special Operations Aviation Regiment with a ninja sword.

A ninja with a sword assailed a US Army special operations unit in California: NPR
https://www.npr.org/2021/10/01/1042487729/a-ninja-with-a-sword-assailed-aus-army-special-operations-unit-in-california

According to the Stars and Stripes newspaper , a quasi-bulletin of the U.S. military, the attack was backed up by the aviation special forces command, which acknowledged the incident report leaked via social media. The leaked case report is below.

The incident occurred at Inyokern Airport, located in Khan, Los Angeles. After 1:00 am on September 18, 2021, a stranger dressed as a ninja asked a second sergeant who was smoking near the administration building of the aircraft hangar, 'Do you know who I am?' I did.

The sergeant who was slashed escaped across the parking lot, jumped over the fence and evacuated to the administration building. The captain who was present locked the door and called 911, but the person in ninja clothes chased and hit or kicked the door or window, then found a large mass of asphalt and threw it. The asphalt mass broke through the window of the administration building and hit the captain directly, injuring him.

In the report history of the Ridgecrest police station, which includes the airport in the district, at 1:19 am, there was a report that 'a male suspicious person in ninja clothes with a sword was found at Inyokern Airport. At least one victim.' There is a record that at 1:43 am, there was a report via 911 that '26 special forces members who were training at the airport were evacuating to the vault and seeking help.'