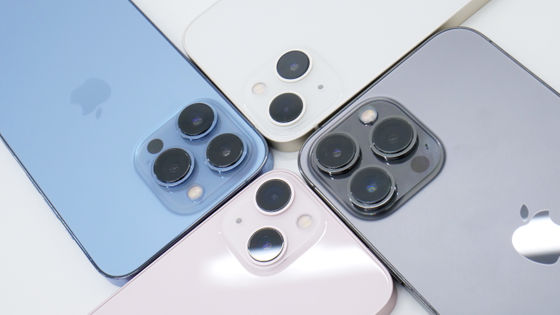 The 'iPhone 13 ', ' iPhone 13 mini ', ' iPhone 13 Pro ', and ' iPhone 13 Pro Max ' that appeared from Apple on September 24, 2021 all SoC 'A15 Bionic chip' equipped with nearly 15 billion transistors. It is installed as, and boasts the highest specs for the current iPhone. So, when I thoroughly compared the processing power of the latest iPhone 4 model using iron plate benchmark software, I got unexpected results such as differences appearing even with the same 'A15 Bionic chip'.

In this article, we will verify the benchmark results of the iPhone 13 series with the benchmark application ' Geekbench 5'. Please refer to the following articles for the difference in appearance of each model. 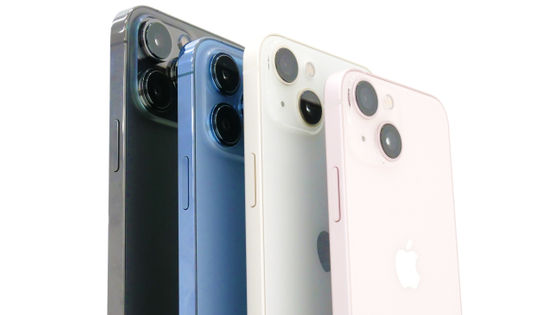 The single-core benchmark result is a top-class score over the previous iPhone.

As with the CPU performance, with the exception of the iPad, which is a tablet, the results are the highest in history, and the strength of the latest generation has been confirmed. 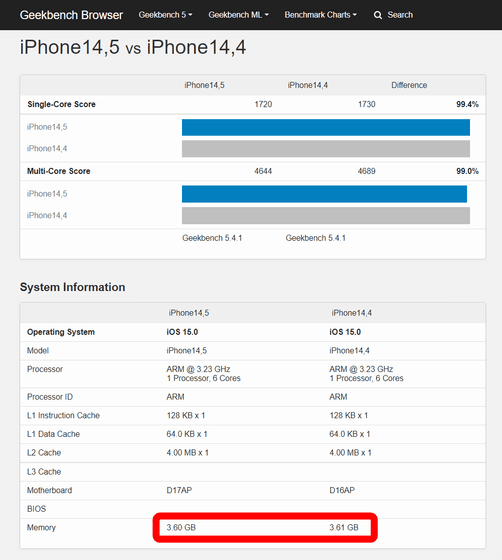 On the other hand, the GPU

results have given the iPhone 13 a boost. 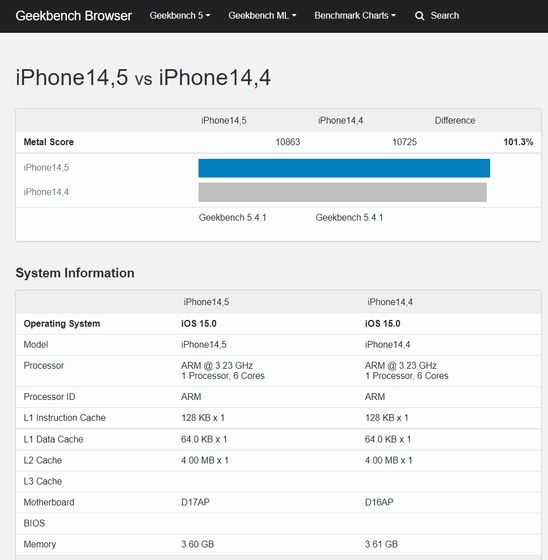 Next, the result of testing the GPU is as follows. The score is '14461', which is a masterpiece of performance.

Below is the result 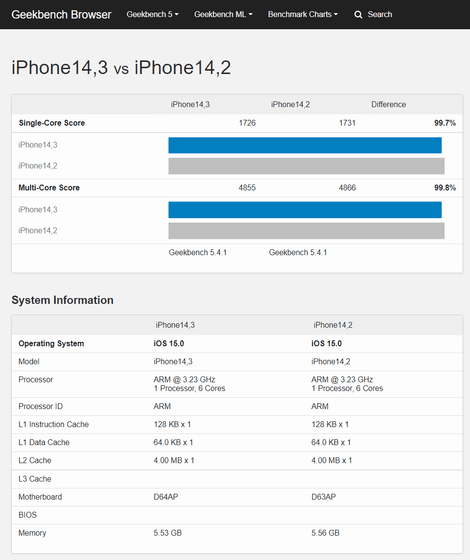 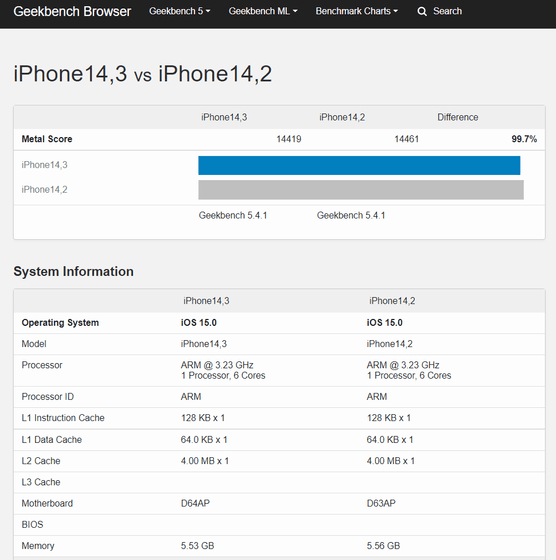 In the next article, we will further compare the appearance and benchmarks of a total of eight models of the iPhone 12 series and iPhone 13 series to see how much the iPhone 13 has evolved.