Why did General Motors put deadly lead in gasoline? 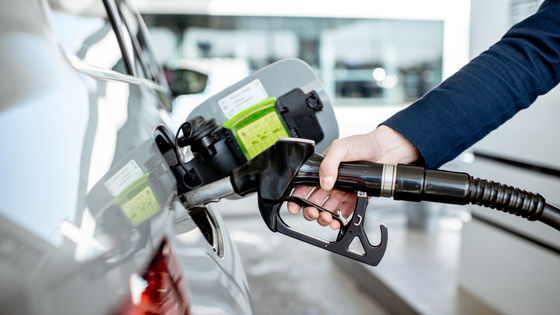 In the 1900s, lead, which should be harmful to the human body, was mixed into gasoline under the leadership of

the automobile company General Motors (GM). Since that time, lead has been recognized as deadly, and in fact lead-containing gasoline has been reported to cause many health hazards. Journalist Cat Eschner explains why GM nevertheless continued to mix lead and why the dangers weren't pointed out.

Leaded Gas Was a Known Poison the Day It Was Invented | Smart News | Smithsonian Magazine
https://www.smithsonianmag.com/smart-news/leaded-gas-poison-invented-180961368/ 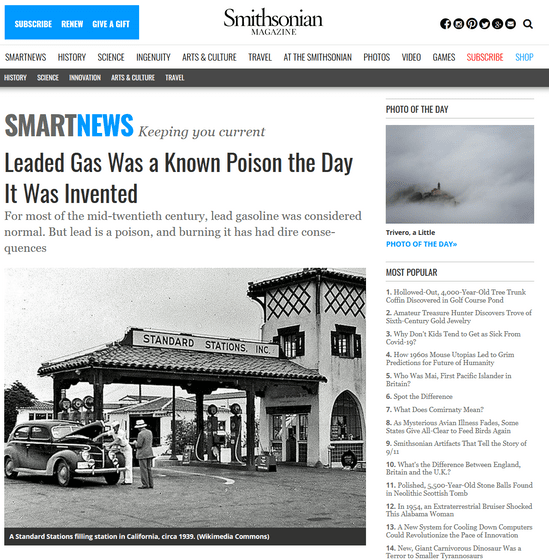 In the 1900s, automobile companies were researching ways to prevent 'knocking ', which is the characteristic impact and impact of automobile engines. Thomas Midgley , an engineer at the University of Dayton Research Institute, a subsidiary of GM, mixed all kinds of substances such as melted butter, ethyl acetate , and aluminum chloride with gasoline to see if they could prevent knocking. , I thought that the most effective substance was ethanol. However, attempts to use ethanol as an anti-knocking agent failed because GM could not obtain a patent for ethanol and the oil company recognized that 'ethanol adversely affects engine control.'

In 1921, Midgley discovered a method of mixing tetraethyl lead (TEL) with gasoline as a measure to prevent knocking. TEL was as effective in preventing knocking as ethanol, but its danger was recognized as a toxic substance from that time. Chemical maker DuPont and others also described TEL as 'a colorless liquid with a sweet odor, a very toxic substance that causes lead poisoning as soon as it is absorbed through the skin.'

Due to the known danger, the Dayton Research Institute called TEL 'ethyl' and did not mention in reports or advertisements that lead was added to the newly developed gasoline. In addition, GM, which obtained a patent for new gasoline, sold gasoline with TEL in February 1923 because it knew that TEL was used for gasoline but had no other measures to prevent knocking. Start. However, at this time, Mr. Midgley was lying in bed due to severe lead poisoning. 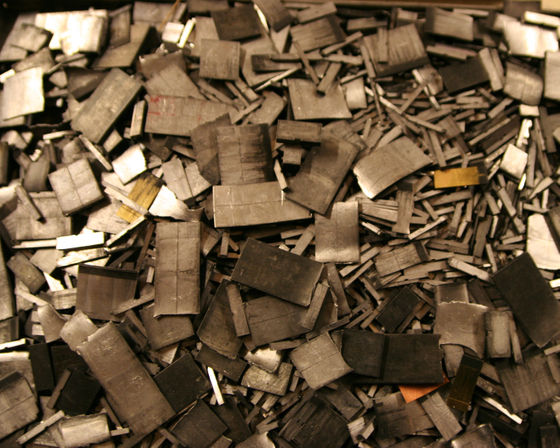 With the introduction of TEL-containing gasoline on the market, many health hazards due to lead poisoning have been reported. The following year, in 1924, 32 workers working at an oil refinery that manufactures gasoline with TEL were hospitalized due to exposure to TEL, and 5 of them died. At this time, the US Public Health Service and health authorities investigated the death and requested GM to report on the TEL.

Despite continued government investigations, the Public Health Service concluded in 1926 that 'as long as workers are protected during the manufacturing process, there is no danger from TEL and there is no reason to immediately ban TEL.' It is attached. After that, gasoline with TEL continued to be sold, but it was finally decided in the middle of 1970 that gasoline with TEL would be phased out. The United States officially banned the use of TEL as a gasoline additive in 1986. By the time it was banned, TEL had deposited a great deal of lead in the soil. It is estimated that about 68 million people absorb dangerous amounts of lead and about 5,000 Americans die each year from lead-induced heart disease. 'Children are particularly vulnerable to lead, and lead is still present in the modern environment, a problem that cannot be left for the next generation,' Eschner wrote.