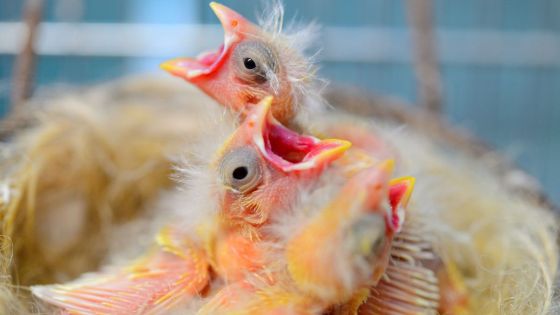 There are many types of birds that sing like singing, and many studies have been conducted, such as research results

that the song has been handed down for hundreds of years, and research that instills 'memory of fake songs' in birds. It is A new joint Australian and American research team has shown that birds may be learning to sing in their eggs. 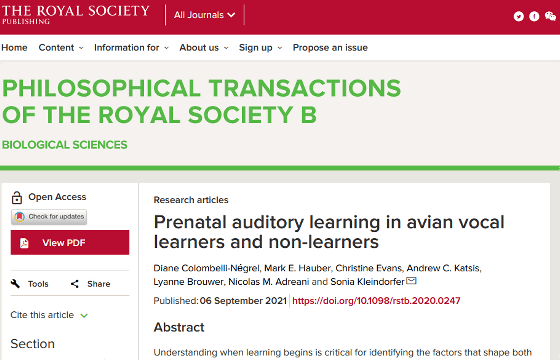 The research team is known as learning birds, 'Malurus cyaneus, ' ' Usao Australian elegans, ' and 'Malurus elegans,' to see if the birds are learning songs in their eggs. A total of 5 bird eggs, including 3 species of 'Geospiza fuliginosa ' and 2 species of 'Eudyptula minor ' and ' Coturnix japonica domestica ' known as non-learning birds. We conducted an experiment to confirm the reaction to sound. First, the research team placed the bird's egg in a silent environment for 60 seconds, and then 'played the song of the same species of bird as the experiment target for 60 seconds (A)' and 'played the song of birds of different species for 10 seconds each for a total of 60 seconds.' After performing either of 'Play (B)', the chicks were placed in a silent environment again for 60 seconds, and the heart rate of the chicks was measured during that period. As a result, it was clarified that the three learned birds responded more to the bark than the other two, and that there was no difference in the response between the A and B barks.

Next, the research team placed the bird egg in a silent environment for 60 seconds, and then executed 3 sets of 'playing the song of the same kind of bird and the song of a different kind of bird every 10 seconds for a total of 60 seconds'. After that, it was placed in a silent environment for 60 seconds and the heart rate was measured during that period. As a result, all five species of birds responded 'accustomed' to the bark, regardless of whether they were learning or non-learning.

From these results, the research team concluded that although the response to barking differs depending on the bird species, all five bird species tested can recognize, learn, and become accustomed to barking in eggs. In addition, the research team stated that it is not possible to determine the effect of learning in eggs on birds after hatching in this study, showing motivation for future research.