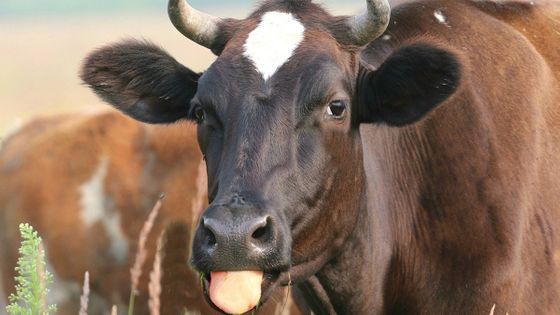 Climate change, such as global warming, threatens human survival, and it has been

pointed out that rising temperatures can affect human systems and endanger lives, and one in three people die from heat stroke. Studieshave shown that the cause is an increase in temperature due to global warming. A systematic review published in the journal The Lancet Planetary Health shows that global warming poses a threat not only to humans but also to livestock such as cattle and pigs.

At what temperature the weather becomes a problem --TUM
https://www.tum.de/nc/en/about-tum/news/press-releases/details/36780/

Heat Stress Is Going to Get Worse, Not Just For Us But For The Livestock We Depend On
https://www.sciencealert.com/heat-stress-is-going-to-get-worse-not-just-for-us-but-for-the-food-we-depend-on

Global warming threatens people's lives, and some researchers warn that ' heat will exceed the limits of the human body in areas with billions of people in the 21st century.' On the other hand, not only human beings are affected by global warming, but other animals and plants living on the earth are also threatened by warming.

Research teams in Germany and the United States, who thought that 'not only humans but also livestock are in danger due to global warming,' conducted a systematic review of literature on livestock, poultry, crops, and fisheries. .. We investigated 'favorable and harmful temperatures for survival' in each animal and plant. As a result of the review, it was confirmed that human beings in a high humidity environment begin to be stressed by heat when the temperature exceeds 23 degrees Celsius, and start to be stressed from 27 degrees Celsius in a low humidity environment. Furthermore, it is said that heat can be fatal if it is exposed to an environment with high humidity and temperature exceeding 32 degrees for a long time, or if it is exposed to a temperature above 45 degrees even if the humidity is low for a long time. Dr. Senthold Asseng of Technische Universität München, the lead author of the paper, said, 'People can air-condition the extreme heat of over 40 degrees Celsius as observed on the northwest coast of the United States and the coast of Canada. Needs technical support. '

The threshold for starting to receive such heat stress was almost the same for livestock. For example, cows and pigs began to be stressed by heat from 24 degrees in a humid environment and stressed from 29 degrees in a low humidity environment. When cows are exposed to heat stress, milk production may decrease by 10 to 20%, and pigs also have a reduced ability to grow. On the other hand, the appropriate breeding temperature for poultry such as chickens is 15 to 20 degrees Celsius, and chickens receive moderate heat stress above 30 degrees Celsius, and the egg-laying rate decreases above 37 degrees Celsius.

High temperatures also affect the growth and yield of crops, but crops such as corn have various special species and varieties due to breeding and genetic modification. As a result, the optimal temperature range thresholds vary compared to animals, Asseng said. 'By the end of this century, 45-70% of the world's land could be affected by climate change, where humans cannot survive without technical support such as air conditioning,' Asseng said. It has become. ' He warned that in the future, animals and plants that cannot adapt to climate change will be seriously affected and may disappear completely from the earth.