What is the method of discovering the Uighur internment camp hidden by the Chinese government from satellite images? Xinjiang Uighur Autonomous Region to brainwash and torture Uighurs. Alison Killing, who won the Pulitzer Prize in 2021 for revealing the location of such a concentration camp in China based on satellite images, talks about how to find the concentration camp.

The image below shows a part of Xinjiang Uygur Autonomous Region with a map service provided by Baidu , a major search engine in China. If you look at the map, you can see that there are parts that are painted white and the terrain cannot be confirmed. 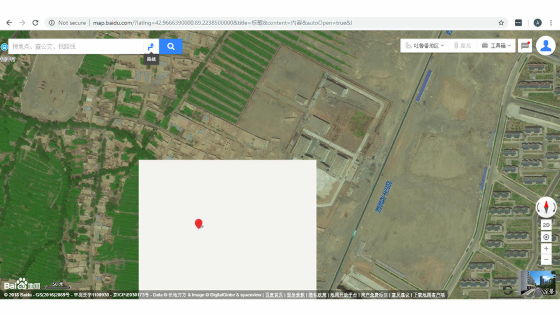 Google Map . If you look at the white areas on the Baidu map, you can see that there are multiple buildings lined up. 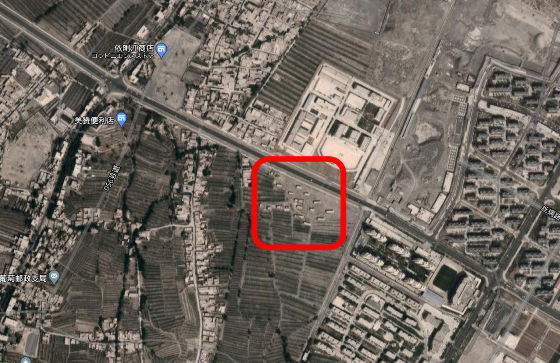 According to Killing, Chinese authorities are asking Baidu to exclude strategically valuable facilities such as military and power plants from the map. Similarly, the location of the concentration camps has been removed from the Baidu map. Therefore, Mr. Killing tried to clarify the location and number of concentration camps by checking satellite images of the deleted points on Baidu's map with other map services.

When the project team led by Mr. Killing created a list of points in the Xinjiang Uygur Autonomous Region deleted from Baidu, the number of deleted points reached about 5 million points. Mr. Killing selected about 50,000 points including 'water services', 'electricity' and 'roads' required for the concentration camp from 5 million points, and narrowed down the points considered to be concentration camps while checking each satellite image. I did. Killing published an article reporting on the location and number of concentration camps he found. This article was highly praised as 'a compelling article based on satellite imagery and architectural expertise' and won the Pulitzer Prize for outstanding coverage.

'This camp exploration project has shown that people with specific skills, like me, can participate in the press to create interesting research that can't happen anywhere else,' Killing said. The project is still in its infancy, and we plan to further investigate information about the camp in the future. '