It turns out that data for 700 million people, which is equivalent to 90% of users of 'LinkedIn', is sold on the dark web 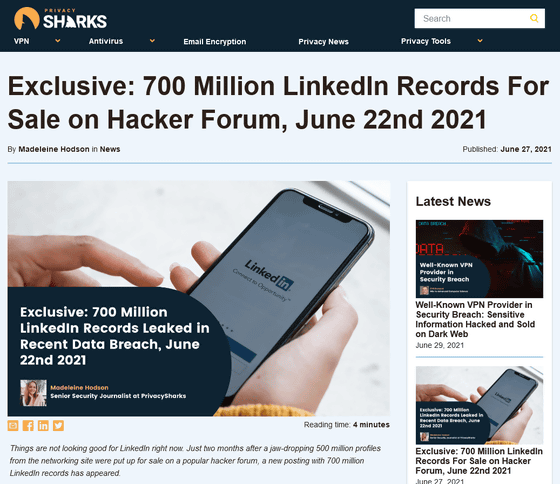 According to researchers at the news site Privacy Sharks, the data sold includes information such as name, gender, email address, phone number, address, work history, and SNS account. Personal information is sold by users who claim to be 'Tom Liner', and it is highly likely that the data is genuine by cross-checking sample data for confirmation and other public information. 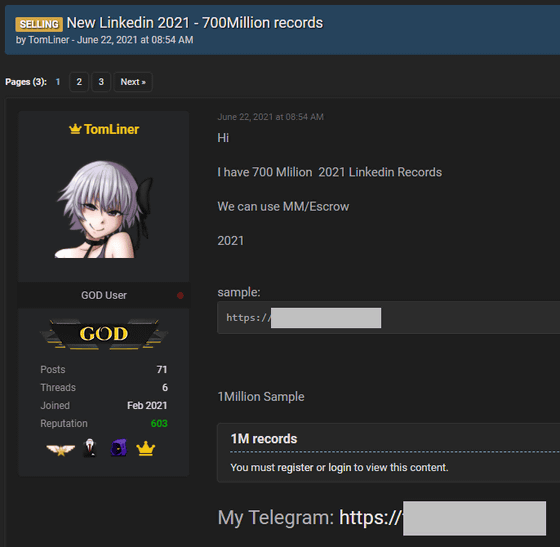 According to LinkedIn, the data does contain information obtained from LinkedIn, but on the other hand, it also contains information that appears to have come from other sources, not LinkedIn's private member data. And that.

The number of LinkedIn users is said to be 756 million, and this 700 million information leak will affect 92% of users. The leaked data does not include passwords for LinkedIn and other social networks, but if you are using LinkedIn, you may want to change your password to a more robust one.

You can check if your e-mail address or phone number has been leaked by clicking 'Have I been pwned? '.