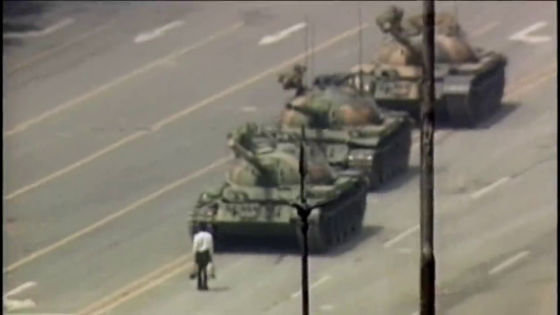 Microsoft explained that Microsoft's search engine 'Bing' caused a human error in the case where 'Tank Man', which is known as a symbolic photograph of 'Tiananmen Incident', did not appear. I did it. This bug has already been resolved.

On June 4, 2021, 32 years after the 'Tiananmen Square Incident' occurred on June 4, 1989, a problem occurred in which the picture of 'Tank Man' was not displayed even when searching for 'Tank Man' in Bing. Did. Hiding images has been confirmed at least in the United States, United Kingdom, Germany, Singapore, etc.

When media outlets contacted Microsoft about the matter, Microsoft explained that it was an 'accidental human error.' 'We are actively working to resolve the issue,' he said, and the problem was actually resolved on June 5.

The image that became a hot topic is a photograph of a man standing in front of a PLA tank, and is known around the world as a photograph that symbolizes the 'Tiananmen Square Incident.' It is well known that the pictures were taken by Associated Press's Jeff Widener, but in addition to being taken by multiple cameramen, CNN and others are also taking pictures.


In the documentary published by PBS, a public broadcaster in the United States, you can see the flow of a cameraman shooting a convoy of tanks noticing a man standing in front of him and zooming in. In this video, you can see that the man wasn't standing there from the beginning, but walked from the left side of the road as he saw the tank moving forward.


Kenneth Roth of Human Rights Watch, who works to protect the human rights of all people around the world, said that he 'doesn't think it's a very careless error' about his search and encounter with this error. And described this event as 'outrageous.'

Outrageous:... On The Anniversary Of The Murderous Tiananmen Square Crackdown, Microsoft'S Bing Search Engine Suddenly Will Not Return Any Images If You Search For 'Tank Man,' The Iconic Photo I Just Tried Hard To Believe This Is An Inadvertent Error Https //t.co/LMIrpbnUnu pic.twitter.com/cPG3XV3tBI