A chocolate-colored tree frog that looks like the magical candy 'Frog Chocolate' from the 'Harry Potter' series has been found in the Prali River basin on New Guinea.

Multiple trans-Torres Strait colonisations by tree frogs in the Litoria caerulea group, with the description of a new species from New Guinea
https://www.publish.csiro.au/zo/Fulltext/ZO20071 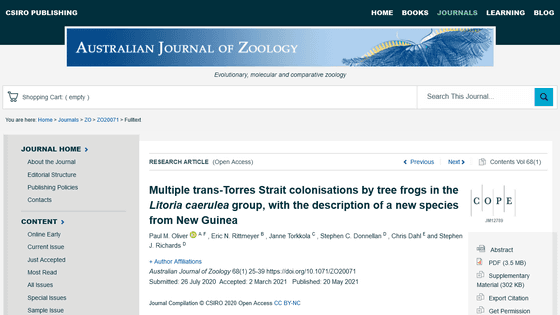 Researchers at Griffith University and the Queensland Museum have conducted extensive research on the genus Litoria, a frog that lives in Australia and New Guinea. The research results are published in the open access journal 'Australian Journal of Zoology'.

As a preparation for looking at this research, we will discuss whether 'Australian Green Tree Frog' (Australian green tree frog, scientific name: Litoria caerurea), which is common in Australia, is included in the genus Litoria among frog researchers. You need to know that are separated.

In 2016, the genus Litria was divided into several parts by amphibian scholar William Duellman and others. As a result of this division, Litoria caerurea has been classified into the genus 'Ranoidea' and its scientific name has also changed to 'Ranoidea caerurea'. However, not all scientists agree with the division because of the lack of genetic analysis data that should have been the basis for the division, and Oliver and others who conducted this survey also disagree. Therefore, we use 'Litria frog rare' instead of the name 'Lanoidea frog rare'.

Oliver and colleagues investigated the extent to which this Litoria frogrea inhabits Australia and New Guinea. The distance between Australia and New Guinea is about 150km in the Torres Strait, which is the closest to each other. When sea levels were once low, it was possible to travel by overpass, so there is a significant mix of species, and Litoria frogrea also inhabits both.

The survey also found Litoria Kaerlea in the savanna region of southern New Guinea. This Lithria frogrea had characteristics in common with those inhabiting northern Queensland, Australia.

Then, in the rainforest of the Prali River basin, which flows into Deception Bay on the south side of New Guinea, frogs of the genus Litoria, which are different from Litoria frog rare, were found. This new species of frog has 'only brown back color, no white or yellow spots', 'small purple spots behind the eyes', 'dark brown to medium brown on the ventral side of the torso, limbs, and throat' Other genus Litoria is clearly distinguishable, and was given the name 'Litoria mira'. 'Mira' is the Latin word for 'surprise' and 'wonder,' and the researcher Oliver said, 'Australia's common relative of Litoria frogrea lives in the lowland rainforest, not in the savanna. I was surprised at what I was doing. ' 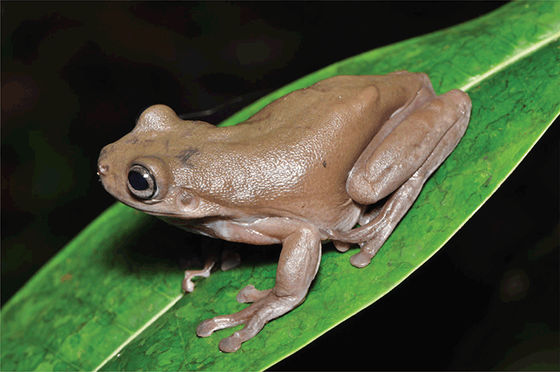 The item that made the 'frog chocolate' that appeared in the 'Harry Potter' work into a toy looks like this. 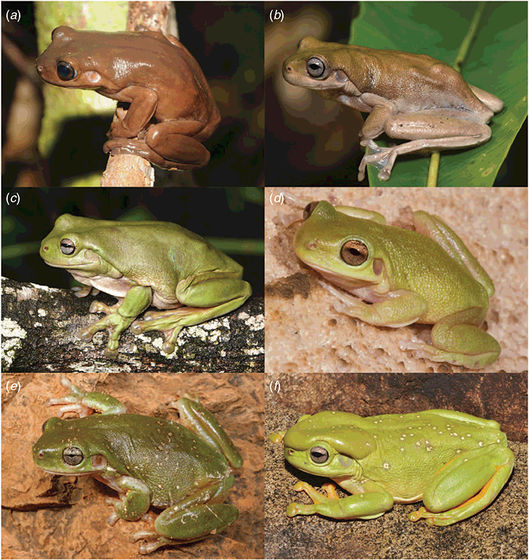 Steve Richards, who filmed Litoria Mira, said, 'The obstacle to this frog's search is that it lives in a very hot and moist place, like a lot of crocodiles.' I understand, so let's leave it as it is. ' Litoria Mira has been found not only in the Prali River basin but also in the northern part of New Guinea Island, and it is thought that it may be widely inhabited throughout the island.