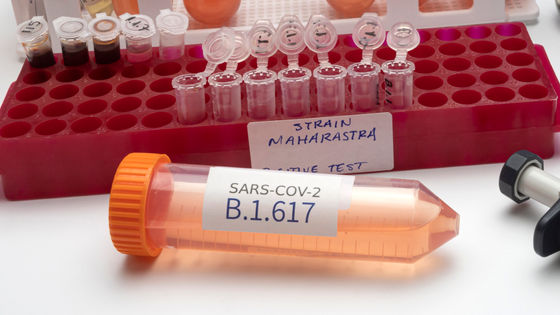 The British Public Health Agency was first discovered in India on May 6, 2021, and the new coronavirus infection (COVID-19) mutant strain

B.1.617. 2 has been designated as a 'variant of concern'. The Conversation, an academic media outlet, has summarized the results of this mutant strain, which still has many unclear points.

Zania Stamataki , a virus expert at the University of Birmingham, interviewed by The Conversation, answered the question about B.1.617.2 as follows:

◆ What is B.1.617.2?
B.1.617.2 is one of the first three mutants discovered in India and is also called a 'double mutant' because it has two mutants , E484Q and L452R. According to Stamataki, this term is virologically inappropriate, but is often used to emphasize that it is difficult to neutralize with antibodies to conventional mutants.

The there has been a growing concern about the B.1.617.2 in the UK, is in the number of cases is increasing trend of B.1.617.2, also has been prevalent ever B117 for infection force than there is a strong possibility, 'It could lead to a mess in plans to gradually lift city blockades and regulations,' said Stamataki.

◆ When will the effect of the vaccine on B1.617.2 be known?
The effectiveness of the new coronavirus vaccine on mutant strains is confirmed by examining the antibodies and T cells increased by vaccination to see if they can suppress the mutant strain.

'We are considering investigating whether the number of hospitalizations and deaths is increasing due to the spread of B.1.617.2 infection in Bolton and other areas in northern England. The numbers will come out in two to four weeks, 'he said, saying that the time when the effect of the vaccine will be known depends on future research. ◆ Is it possible that B.1.617.2 will upset the deregulation plan?
Britain was able to begin lifting the blockade of cities ahead of other countries because of its early widespread vaccination. Therefore, if there is any doubt about the effect of the vaccine on the mutant strain, there is no choice but to continue the blockade of the city until a new vaccine is available.

From this point, Mr. Stamataki commented on the impact on the resumption plan, 'In the case of RNA virus such as new coronavirus (SARS-CoV-2), it is natural for mutant strains to appear, so the government changed the plan etc. It makes sense to take action. If this variant could evade the protective function of the virus, the plan would be reviewed and the risk reassessed. ' ◆ Is B1.617.2 Appropriate for 'vaccination campaigns in endemic areas and blockade of cities on a regional basis'?
In response to this question, Mr. Stamataki said, 'In order to prevent new mutant strains from becoming established and affecting people's lives, we must take strict measures to improve our ability to respond to the spread of local infections. Since the spread of such infections is geographically limited, it is necessary to limit the target area, 'he emphasized that strict measures on a regional basis are important.

A regional vaccination campaign is effective as a countermeasure against mutant strains, but it should be noted that it takes about 2 weeks from vaccination to immunization. Small and local blockades of cities, businesses, regions and cities are effective in immediately controlling the spread of infection and preventing outbreaks , Stamataki said.