Is there a way to prevent children's 'digital addiction'? 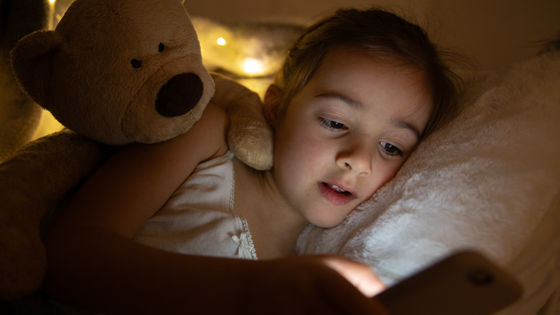 Today, the vast majority of people have digital devices such as smartphones, and many are 'digital device addicts.' Professor Pasi Searberg and his colleagues at the University of New South Wales, Australia, who teach education policy studies, discuss the rise in digital device ownership and the associated addiction issues at a young age.

Children own around 3 digital devices on average, and few can spend a day without them

According to a questionnaire survey called 'Growing Up Digital Australia ' that investigated the actual situation of children's use of digital devices during the 2020 pandemic, more than 80% of about 5,000 children aged 5 to 17 years have devices with displays such as smartphones. It is known that the number of vehicles owned has reached '3 units per person' on average.

According to Growing Up Digital Australia, 83% of Australian teachers have witnessed students being distracted by digital media and digital technology, about about children with school life problems. We know that 60% have parental permission to 'use as many digital devices as they like in bed.' Furthermore, the results show that 'the lower the income group, the greater the proportion of children who sleep while using digital devices.' 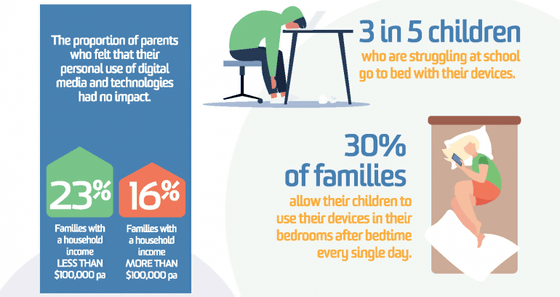 More than half of parents use digital devices as a babysitter alternative to let their children take care of themselves, according to Professor Saalberg, who has served as Secretary of the Finnish Ministry of Education and Culture. , Only about 20% of parents cited 'learning support' as the top purpose for using digital devices. In response to these issues, 65% of parents said they did not agree with their partners about whether to limit the use of digital devices by their children, and 65% said they would limit their use. If you try to set it up, a domestic conflict will break out. '

'It's not an easy problem to solve,' said Professor Salberg, who said that the following three methods should be tried first, which anyone can practice to solve the problem.

'Screen Time ' for iPhone and 'Digital Wellbeing' for Android. Try to work on specific actions.
・ 2: Do not look at the display at least 2 hours before bedtime. Try not to bring mobile devices such as smartphones into the bedroom.
・ 3: Consider the balance between the time spent using digital devices and the time spent with the family. Avoid using digital devices on weekends and holidays as much as possible. 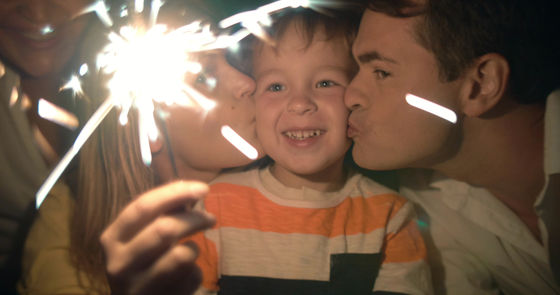 According to the findings from Growing Up Digital Australia, Professor Saalberg said, 'Most parents feel that they need help to get their children involved in digital media and technology in a healthy way. 'Working closely with the school can be a big help,' he said.