Google's domain has expired and is in the hands of others for only 600 yen, access to Google is temporarily disabled 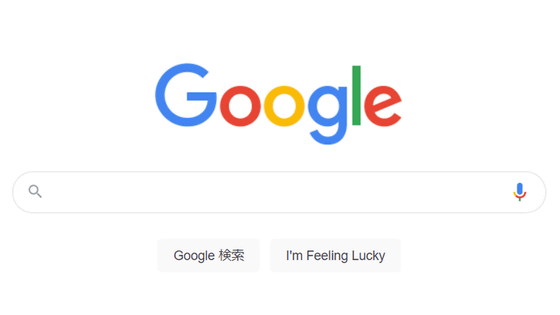 Once a domain is registered, it cannot be used forever, and after the set expiration date, it cannot be used unless the registration renewal procedure is performed. It is reported that there was a case where the ownership of the domain was temporarily taken away by general users because that Google domain has expired.

It was revealed that Google's domain 'google.com.ar' in Argentina had expired on April 21, 2021 local time.

Once a domain has expired, anyone can buy it. 'Google.com.ar' was already available for purchase at 540 Argentine pesos (about 630 yen) on the 22nd of the same month, and Nicolas Kuroña, who noticed this, said, 'I bought the domain legally. 'It was revealed on Twitter. Of course, Kuroña is a regular user who has nothing to do with Google.

When I checked the database of the site of NIC Argentina, which is the '.ar' domain management organization, it was true that the owner of google.com.ar was Mr. Kuroña.

Due to this effect, even if you access google.com.ar, you will not be redirected to Google's search engine. Of course, it did not affect 'www.google.com' for the whole world, but those who do not know that the domain is in the hands of unknown users 'Did Google's server crash?' 'Google Seems to be paused, 'which caused a fuss among Argentine users.

Kuroña said, 'I also have a domain purchase certificate,' stressing that domain purchases are not illegal, but NIC Argentina heard the turmoil on social media around 23:00 on April 22 ( Pause google.com.ar at (local time). Immediately after Kuroña purchased the domain, the domain rights seemed to be transferred to Google.

Regarding the fact that the domain expired on April 21, when I checked the details of the domain on the NIC Argentina site, the expiration date was July 2021, so it expired due to some mistake. It is also speculated that it may have become.

Neither Google nor NIC Argentina have announced any comments on this incident.