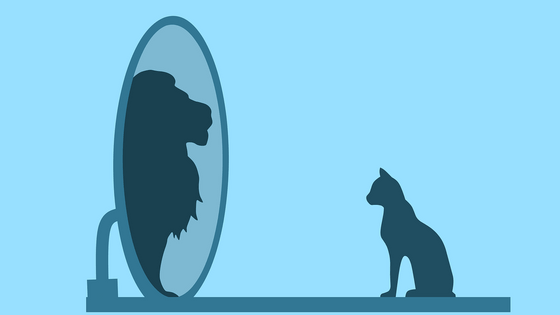 'Dunning-Kruger effect' taken up. Psychologists explain the true nature of this phenomenon, which has become popular in recent years.

what the Dunning-Kruger effect is and isn't – [citation needed]
http://www.talyarkoni.org/blog/2010/07/07/What-the-Dunning-Kruger-effect-Is-and-Isnt/

'Only incompetent people overestimate themselves' is wrong, and even the average person actually overestimates himself-GIGAZINE 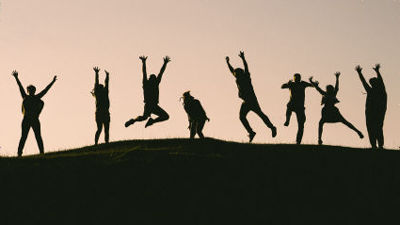 'I think the reason these false explanations are persuasive is that they implicitly appeal to the just-world hypothesis,' said Yarkoni. It's not really a big deal, 'and it's terribly unpleasant for them to actually face the potential of being better than themselves.'

On top of that, Mr. Yarkoni introduced the following three points that can be used as clues for a deeper understanding of the Dunning-Kruger effect.

◆ 3: Error due to the difficulty of the task
Psychologists have conducted a number of follow-up tests to validate Dunning's work. An experiment conducted by Catherine Burson of the Ross School of Business at the University of Michigan and others to have students at the University of Chicago perform simple and difficult tasks and investigate the relationship between their grades and self-evaluation (PDF file). Is one of them.

Below is a graph showing the results of Burson et al.'S research. The vertical and horizontal axes represent self-assessment and grades, respectively. For simple tasks indicated by diamonds, 'people with good grades' are more accurate in self-evaluation, while for difficult tasks represented by squares, 'people with poor grades' are more accurate. I am self-evaluating. Regarding the relationship between this study and the Dunning-Kruger effect, Yarkoni often thinks that 'when the task is difficult, one must have done better than others.' If the task is easy, you will think that you were better than others. As a result, a competent person will accurately self-diagnose when the task is easy, and conversely, an incompetent person will have a task. It means that you can make an accurate self-diagnosis in difficult times, and the tasks that the subjects performed in the Dunning et al. Study were relatively simple. '

On top of that, Yarkoni said, 'When applying the Dunning-Kruger effect to people close to you, it is important to remember that there is a confirmation bias that collects only information that supports one's beliefs. If you believe that you don't have the ability to realize that you're incompetent, it's easy to find evidence of that. In any case, Dunning the bragging stories of a colleague who seems to dislike it again. = If you want to blame the Kruger effect, remember that your colleague is just a disgusting guy and you don't have to assume that you don't understand yourself. '